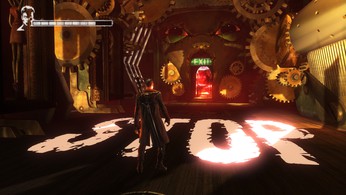 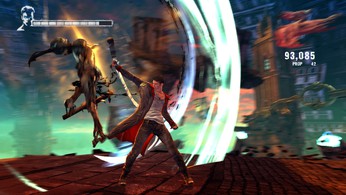 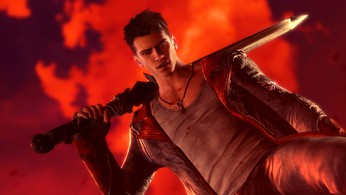 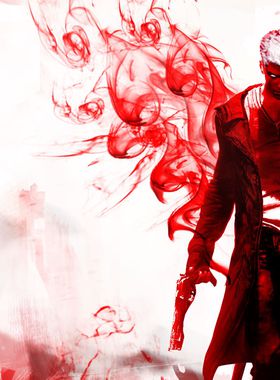 About DmC: Devil May Cry

Devil May Cry belongs to the genre of action games. The protagonist Dante has the task of defending the world against demons. His sword Rebellion and the two pistols Ebony and Ivory are at his side. He also has demon powers that can summon other weapons, such as a massive hammer. The attacks become more productive and more powerful when combined. The plot is similar to a Greek mythical tale. Dante's father, Sparda, rose against the demon king to save humanity from destruction. After a battle, he closed the passage between the underworld and the human world. He was condemned to remain in the hell, as he too is a demon. However, in order not to give up his powers and to make them available to the humans, he fathered the twin brothers Dante and Vergil together with the angel's wife, Eva. Dante follows the path of his father and tries to protect humanity from destruction. His brother Vergil, on the other hand, takes the side of the demons to throw the world into chaos. In the course of 4 games, a plot developed with several parties and characters fighting for or against the end of the world. This is not always easy to understand at first because the characters tend to change. This time the demon lord Mundus tries to plunge the world into darkness. In the course of the game, the player meets Dante's half-brother Vergil, who reveals his fate to him that only a so-called Nephilim, a hybrid of angel and demon, can bring Mundus down. Different enemies on the way to Mundus can also only be defeated with varying abilities of a Nephilim. Some enemies appear blue or red when they can only be sent back to hell by angel or demon attacks.

Where can I buy a DmC: Devil May Cry Key?

With GameGator, you are able to compare 23 deals across verified and trusted stores to find the cheapest DmC: Devil May Cry Key for a fair price. All stores currently listed have to undergo very specific testing to ensure that customer support, game deliveries, and the game keys themselves are of the highest quality. To sweeten the deal, we offer you specific discount codes, which you will not be able to find anywhere else. This allows us to beat all competitor prices and provide you with the cheapest, most trustworthy deals. If the current cheapest price of $2.42 for DmC: Devil May Cry is too high, create a price alert and we will alert you through email, SMS, or discord the moment the DmC: Devil May Cry price matches your budget.

Can I play DmC: Devil May Cry immediately after the purchase?

What store should I choose for the best DmC: Devil May Cry Deal?