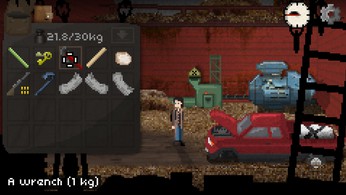 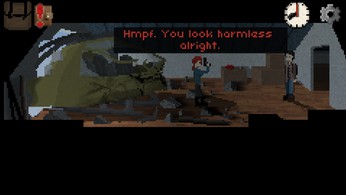 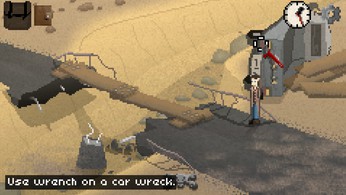 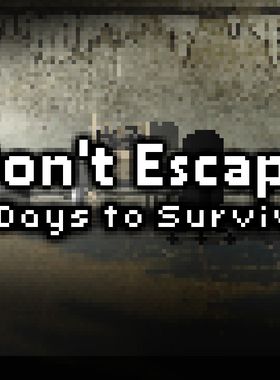 About Don't Escape: 4 Days to Survive

Following a bizarre cataclysmic event that cracked the moon in half, the Earth is struggling with the environmental fallout. Everything is already dead or dying... except you. Or so you think. Don't Escape: 4 Days to Survive is a post-apocalyptic thriller from veteran developer Scriptwelder, creator of the popular horror series Deep Sleep and Don't Escape. Players must figure out a way to properly fortify their home against each night's new danger, as they learn the truth behind the apocalypse and search for a way to safety, if one exists.

Players will journey alongside David, a lone survivor after the end of the world, who finds himself having prophetic dreams... or nightmares. Each chapter of the game has multiple potential variations to encounter, from poisonous fog or spiders to a gang of murderous thugs or a deadly heat wave, and as a result, you'll need to adjust your strategy on different playthroughs. But you don't have forever. Certain actions advance the in-game clock, and you'll need to complete your preparations to (hopefully) stay alive before night falls.

Where can I buy a Don't Escape: 4 Days to Survive Key?

With GameGator, you are able to compare 13 deals across verified and trusted stores to find the cheapest Don't Escape: 4 Days to Survive Key for a fair price. All stores currently listed have to undergo very specific testing to ensure that customer support, game deliveries, and the game keys themselves are of the highest quality. To sweeten the deal, we offer you specific discount codes, which you will not be able to find anywhere else. This allows us to beat all competitor prices and provide you with the cheapest, most trustworthy deals. If the current cheapest price of $0.90 for Don't Escape: 4 Days to Survive is too high, create a price alert and we will alert you through email, SMS, or discord the moment the Don't Escape: 4 Days to Survive price matches your budget.

Can I play Don't Escape: 4 Days to Survive immediately after the purchase?

What store should I choose for the best Don't Escape: 4 Days to Survive Deal?