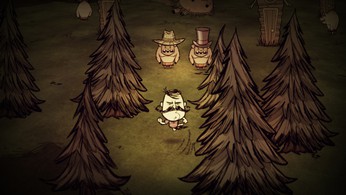 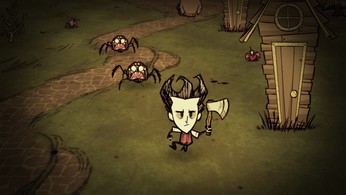 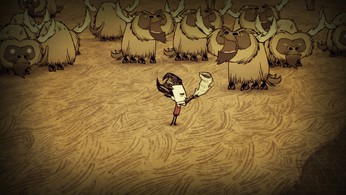 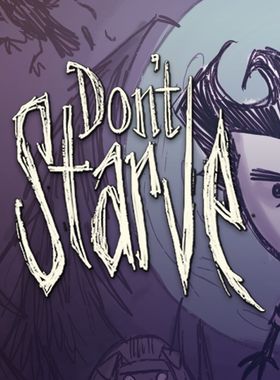 Without telling a story or providing the player with clues, the main character is left on his own in a strange and hostile environment. And as the title suggests, from now on, it is all about survival. To do this, the character must maintain satiation, mental health, and vitality for as long as possible. Similar to Minecraft's Survival Mode, the player must explore the environment and collect and combine resources such as wood, flowers, and stones. Over time, the player can create increasingly sophisticated tools, equipment, weapons, traps, and other useful utensils. And this is necessary because, in many places, he meets hostile creatures who want to get at him. The player only has time during the day for collecting and exploring. At night it gets dark and hazardous, so a protective and light-bringing campfire should be built. And in winter the cold is also a problem. At a suitable place, the player must make a camp with a protective wall, boxes, a weather station, and much more. A challenging survival game, which reminded all testers of a two-dimensional Minecraft in retro comic look and (depending on the type of player), caused incentive or frustration. The action-guiding themes of "abandonment" and "self-responsibility" are taken up here in a playful context. The cooperative multiplayer mode, in which agreements and tactics are required, was the most popular. The fact that they could also approach the game with other characters and even discover the testers described an adventure mode as appealing. The situational thrill was easily endured by gamers aged 12 and up.

Where can I buy a Don't Starve Key?

With GameGator, you are able to compare 24 deals across verified and trusted stores to find the cheapest Don't Starve Key for a fair price. All stores currently listed have to undergo very specific testing to ensure that customer support, game deliveries, and the game keys themselves are of the highest quality. To sweeten the deal, we offer you specific discount codes, which you will not be able to find anywhere else. This allows us to beat all competitor prices and provide you with the cheapest, most trustworthy deals. If the current cheapest price of $4.52 for Don't Starve is too high, create a price alert and we will alert you through email, SMS, or discord the moment the Don't Starve price matches your budget.

Can I play Don't Starve immediately after the purchase?

What store should I choose for the best Don't Starve Deal?

There are many details that you might want to go through before settling on the deal of your choosing. If you are looking for a special Edition, such as Giant Edition or includes Bonus, you can select these in our menu. When it comes to the actual stores, we made sure that you will never get overcharged/neglected. As we care about your satisfaction, we like to ensure that all deals are legitimate, reliable, and foolproof. On top of that, we make sure all stores affiliated with us have proper refund processes and guarantees and are backed by a competent team to ensure that absolutely nothing will go wrong.