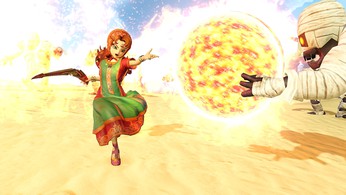 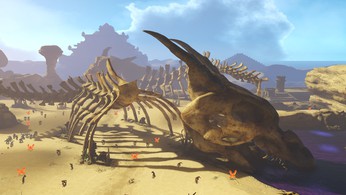 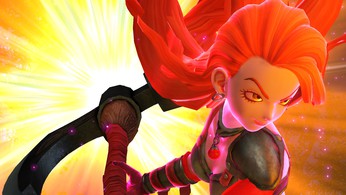 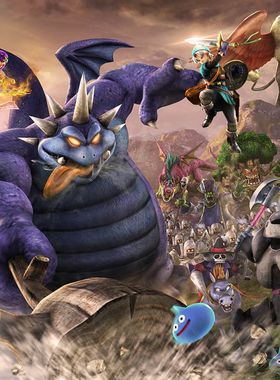 Dragon Quest Heroes 2 allows you to experience the adventure in a completely open game world for the first time in series history. The lands of the seven kingdoms can be freely travelled by the player without waiting times and transitions and connect the capitals with each other. Prepare for your adventures in the cities and then embark on a journey through the vast game world with a group of four.

In addition to the story campaign, there is also a multiplayer mode for up to four players. What's special: Both modes can be played alone or with friends. Players can look forward to a completely new adventure in which they must bring law and order back to a once peaceful world. Action-packed battles and exciting quests await you.

A long time ago a terrible war raged and divided the world into seven realms. And even though peace has reigned for a thousand years, dark clouds rise on the horizon. Players slip into the role of Raphael or Resa, who are studying at the military academy in the kingdom of Harba far away from their home Dunisia. Not knowing that the Dunisian army is preparing an attack on Harba - led by their former friend Prince Cesar. Now they must fight side by side with a series of unique and powerful heroes.

Where can I buy a Dragon Quest Heroes 2 Explorers Edition Key?

With GameGator, you are able to compare 5 deals across verified and trusted stores to find the cheapest Dragon Quest Heroes 2 Key for a fair price. All stores currently listed have to undergo very specific testing to ensure that customer support, game deliveries, and the game keys themselves are of the highest quality. To sweeten the deal, we offer you specific discount codes, which you will not be able to find anywhere else. This allows us to beat all competitor prices and provide you with the cheapest, most trustworthy deals. If the current cheapest price of $30.05 for Dragon Quest Heroes 2 is too high, create a price alert and we will alert you through email, SMS, or discord the moment the Dragon Quest Heroes 2 price matches your budget.

Can I play Dragon Quest Heroes 2 Explorers Edition immediately after the purchase?

What store should I choose for the best Dragon Quest Heroes 2 Explorers Edition Deal?