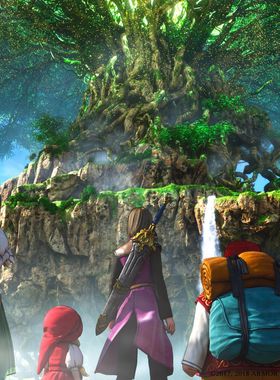 About Dragon Quest 11: Echoes of an Elusive Age

Dragon Quest XI: Echoes of an Elusive Age tells the gripping story of a hunted hero and is the long-awaited RPG from the creator of the series, Yuji Horii, character designer Akira Toriyama and composer Koichi Sugiyama. DRAGON QUEST XI is the eleventh entry in the main story of the acclaimed series. It consists of an utterly unique experience that features all-new characters, a beautiful world of detail, finely tuned, turn-based battles, and a compelling storyline that will appeal to long-term fans and newcomers alike. Following its release in Japan, DRAGON QUEST XI has won several game awards and much critical acclaim, including the PlayStation's Platinum Prize and a perfect score of 40/40 from Famitsu, an influential video game publication in Japan.

Where can I buy a Dragon Quest 11: Echoes of an Elusive Age Key?

Can I play Dragon Quest 11: Echoes of an Elusive Age immediately after the purchase?

What store should I choose for the best Dragon Quest 11: Echoes of an Elusive Age Deal?