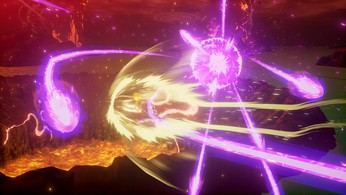 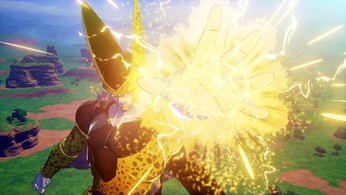 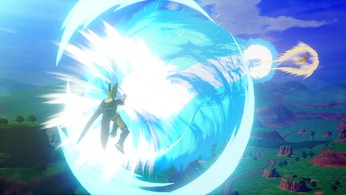 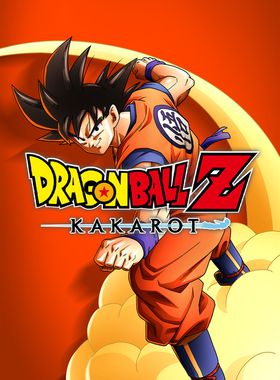 Dive into the popular Z-story of Akira Toriyama with all its amazing twists, lovable characters, and wonderfully gaudy music. Relive the story of Son-Goku and other Z-Fighters in Dragon Ball Z: Kakarot. In addition to epic battles, life in Dragon Ball Z features fishing, eating, and training with Son-Goku, Son-Gohan, and Vegeta. Experience new areas and adventures as you progress through the story and form powerful alliances with other heroes from the Dragon Ball universe. The new action RPG has been developed by CyberConnect2, the studio responsible for the Naruto Shippuden series.

Fittings its name, the game does not start in Son-Goku's childhood. Instead, you fight your way through the later years of Dragon Ball Z, in which Vegeta, Freezer, and Cell appear. While defending the earth and other worlds, Son-Goku encounters vast numbers of alien villains, some of whom become allies in the later battle against an even greater evil. Keeping with the theme of the eternal crossing of borders, the developers package the series' typical fast-paced 3D battles into a lush role-playing game framework.

The main focus is, of course, set on the gigantic fights, which are pleasantly unconventional, but also beginner-friendly. Most of the combos and special attacks can be unleashed with simple button combinations - you don't need to memorize complex inputs. Side quests from well-known Dragon Ball characters provide variety as you explore the open areas, while role-playing elements and comprehensive character development ensure long-term motivation.

To enjoy Dragon Ball to the fullest it is essential to know the details of its history and the characters involved in it. Freezer, for example, has a great role, since it deals with conquering planets and then selling them to an organization made up of beings from several different races. One of them is the Saiyajin, whose strength makes Freezer perceive them as a threat to his power and dominance. Therefore, he tries to annihilate them and destroy their planet, Vegeta. However, he leaves some alive, among them Nappa, Vegeta and the Raditz brothers and Kakarot or Kakarotto, to serve his purpose. At that time, Kakarotto was a baby and was sent in a spaceship to Earth.

Kakarotto's ship impacts the Earth and the baby is found by an old man, Son Gohan, who adopts him as his grandson and gives him the name Goku. Soon after, the baby falls from a cliff and a blow to the head causes amnesia, so he forgets his saiyajin origin. The child grows up in the care of Son Gohan until he dies and is left alone, although soon after he meets Bulma, a girl who is looking for the Dragon Balls. Then, Goku decides to accompany her in the search for the spheres and, in their journey, they meet various characters, including Oolong, Yamcha, Puar and the villain Pilaf.

During the search for the Dragon Balls, Goku decides to improve his combat skills and participate in a martial arts tournament, the TenkaichiBudokai, for which he trains with the old man Kame Sennin. This martial arts master teaches him various techniques, among which KameHameHa stands out. During his training he meets Krilin, another student who will accompany him on many adventures, and also TenShinHan. In short, Dragon Ball symbolizes the fight between good and evil.

Where can I buy a Dragon Ball Z: Kakarot Key?

With GameGator, you are able to compare 57 deals across verified and trusted stores to find the cheapest Dragon Ball Z: Kakarot Key for a fair price. All stores currently listed have to undergo very specific testing to ensure that customer support, game deliveries, and the game keys themselves are of the highest quality. To sweeten the deal, we offer you specific discount codes, which you will not be able to find anywhere else. This allows us to beat all competitor prices and provide you with the cheapest, most trustworthy deals. If the current cheapest price of $13.20 for Dragon Ball Z: Kakarot is too high, create a price alert and we will alert you through email, SMS, or discord the moment the Dragon Ball Z: Kakarot price matches your budget.

Can I play Dragon Ball Z: Kakarot immediately after the purchase?

What store should I choose for the best Dragon Ball Z: Kakarot Deal?