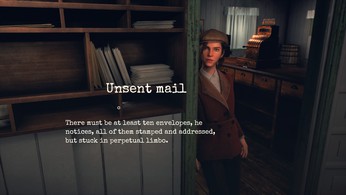 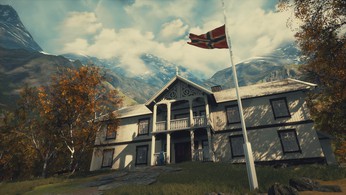 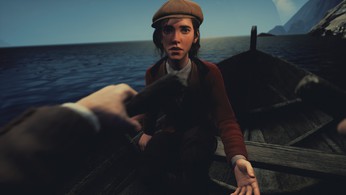 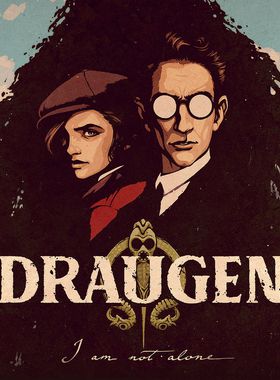 Draugen is a single-player, first-person Fjord Noir tale of suspense, mystery and deception, set in 1920s Norway. Winner of Game of the Year and Best Audio awards at Spillprisen (the Norwegian Game Awards). Nominated for Best Art at the Nordic Game Awards.

From the studio that brought you Dreamfall Chapters, and the creative team behind The Longest Journey and The Secret World, comes a first-person psychological mystery set in 1920s Norway.

The year is 1923. You play Edward Charles Harden, an American traveller — and increasingly unreliable narrator — who's come to Norway to find his missing sister. But you're never alone: every step of the way, Edward is accompanied by Lissie: a lively and enigmatic young woman with a mind of her own.

Together with Edward and Lissie, you must explore a forgotten coastal community nestled amongst the dark fjords and towering mountains of rural Norway, and unearth the terrible secrets that lie beneath the picturesque surface. And what begins as a quest for a missing woman becomes a journey into a painful past.

Where can I buy a Draugen Key?

With GameGator, you are able to compare 11 deals across verified and trusted stores to find the cheapest Draugen Key for a fair price. All stores currently listed have to undergo very specific testing to ensure that customer support, game deliveries, and the game keys themselves are of the highest quality. To sweeten the deal, we offer you specific discount codes, which you will not be able to find anywhere else. This allows us to beat all competitor prices and provide you with the cheapest, most trustworthy deals. If the current cheapest price of $3.21 for Draugen is too high, create a price alert and we will alert you through email, SMS, or discord the moment the Draugen price matches your budget.

Can I play Draugen immediately after the purchase?

What store should I choose for the best Draugen Deal?