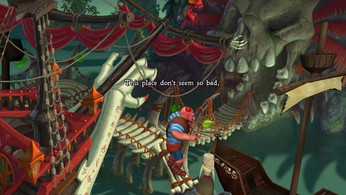 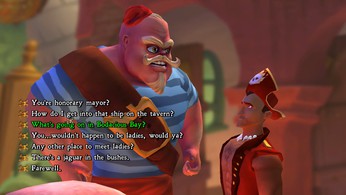 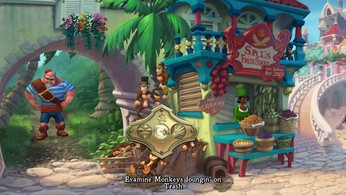 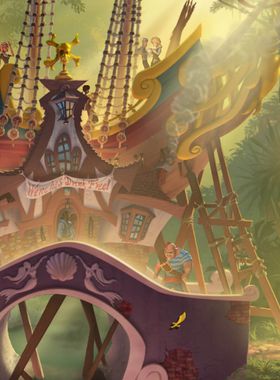 Duke Grabowski, Mighty Swashbuckler is a classic point-and-click adventure, created with love by an indie team that includes LucasArts alumni. Play as Duke, a pirate who's had success in pillaging, ransacking, and other forms of piratey goodness, but doesn't know a thing about women. Help him prove to his crew he has what it takes to become a captain by winning the affection of the opposite sex – a task that is the most difficult challenge this seasoned pirate has faced! Along his journey to “sea-deuce” he'll have to tame jaguars, fight zombie sailors, and even wrestle a gorilla!

Where can I buy a Duke Grabowski, Mighty Swashbuckler Key?

With GameGator, you are able to compare 2 deals across verified and trusted stores to find the cheapest Duke Grabowski, Mighty Swashbuckler Key for a fair price. All stores currently listed have to undergo very specific testing to ensure that customer support, game deliveries, and the game keys themselves are of the highest quality. To sweeten the deal, we offer you specific discount codes, which you will not be able to find anywhere else. This allows us to beat all competitor prices and provide you with the cheapest, most trustworthy deals. If the current cheapest price of $1.99 for Duke Grabowski, Mighty Swashbuckler is too high, create a price alert and we will alert you through email, SMS, or discord the moment the Duke Grabowski, Mighty Swashbuckler price matches your budget.

Can I play Duke Grabowski, Mighty Swashbuckler immediately after the purchase?

What store should I choose for the best Duke Grabowski, Mighty Swashbuckler Deal?