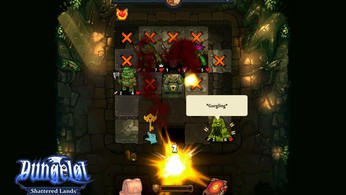 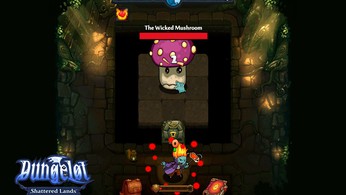 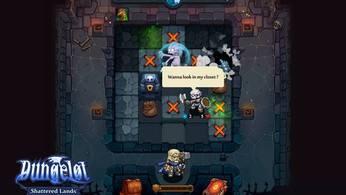 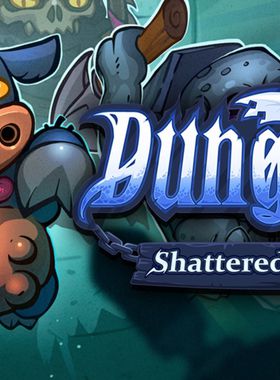 Dungelot: Shattered Lands takes you on an epic roguelike dungeon-crawler adventure to defeat zombie cows, splat giant evil mushrooms, and generally get back home in one piece. Deceptively simple, ever so addictive.

Developed by Red Winter, a two man studio based in Russia, Dungelot: Shattered Lands is the third part in the popular series, and tasked the player with traversing randomly-generated dungeons, smashing enemies in the face and hunting for the keys that will allow you to venture even further. Dungelot originally became a cult hit thanks to its addictive "just one more go" feel, and with Shattered Lands, the Dungelot formula has now been fully realized.

Dungelot: Shattered Lands will feature dozens of hours of content, with three worlds to explore, hundreds of items, spells and enemies, and epic boss battles that will burn your face off. Watch out for the game in early 2016.

Where can I buy a Dungelot: Shattered Lands Key?

With GameGator, you are able to compare 7 deals across verified and trusted stores to find the cheapest Dungelot: Shattered Lands Key for a fair price. All stores currently listed have to undergo very specific testing to ensure that customer support, game deliveries, and the game keys themselves are of the highest quality. To sweeten the deal, we offer you specific discount codes, which you will not be able to find anywhere else. This allows us to beat all competitor prices and provide you with the cheapest, most trustworthy deals. If the current cheapest price of $0.65 for Dungelot: Shattered Lands is too high, create a price alert and we will alert you through email, SMS, or discord the moment the Dungelot: Shattered Lands price matches your budget.

Can I play Dungelot: Shattered Lands immediately after the purchase?

What store should I choose for the best Dungelot: Shattered Lands Deal?