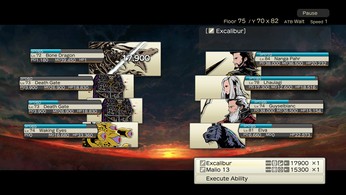 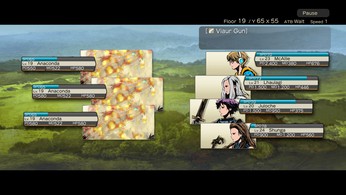 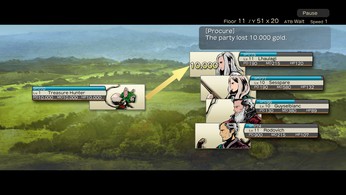 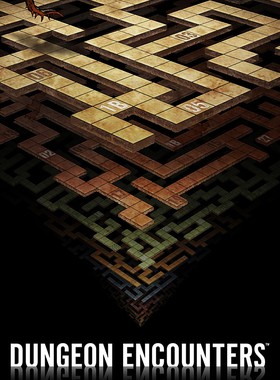 An otherworldly labyrinth has suddenly appeared on the outskirts of a quiet town. Make clever use of your abilities to chart the depths, overcome obstacles and defeat your foes in thrilling battles! From some of the key development team behind the legendary FINAL FANTASY franchise, DUNGEON ENCOUNTERS is a dungeon exploration RPG where you must strategize to survive. The streamlined interface gives you the freedom to prepare and manage your party as you strive to reach the final floor.

During your expeditions, you'll discover rare and powerful items, meet lost adventurers who might just become new allies, and come face-to-face with deadly monsters. Do you have what it takes to overcome the numerous trials that await you and discover the dungeon's secrets? By uncovering and visiting spaces with white numbers, you may obtain items, unlock and change abilities, restore your party to health, find hidden merchants, and much more. Battle encounters, marked with black numbers, are hidden throughout the map. However, they can be revealed with a special ability, allowing you to choose when and where to engage your enemies.

Previously discovered events will be recorded in the Event Log, a valuable resource that allows you to reference past experiences to tackle future challenges. Test your strategies in thrilling battles, featuring the Active Time Battle (ATB) system made famous by the FINAL FANTASY series. Under the direction of Ito Hiroyuki, creator of the ATB system, battles play out in real-time, utilizing a polished and refined iteration of this classic design, which promises exciting, challenging combat.

Where can I buy a DUNGEON ENCOUNTERS Key?

With GameGator, you are able to compare 11 deals across verified and trusted stores to find the cheapest DUNGEON ENCOUNTERS Key for a fair price. All stores currently listed have to undergo very specific testing to ensure that customer support, game deliveries, and the game keys themselves are of the highest quality. To sweeten the deal, we offer you specific discount codes, which you will not be able to find anywhere else. This allows us to beat all competitor prices and provide you with the cheapest, most trustworthy deals. If the current cheapest price of $17.94 for DUNGEON ENCOUNTERS is too high, create a price alert and we will alert you through email, SMS, or discord the moment the DUNGEON ENCOUNTERS price matches your budget.

Can I play DUNGEON ENCOUNTERS immediately after the purchase?

What store should I choose for the best DUNGEON ENCOUNTERS Deal?