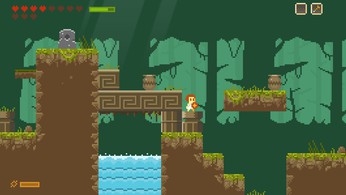 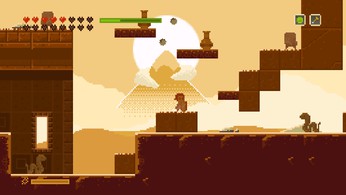 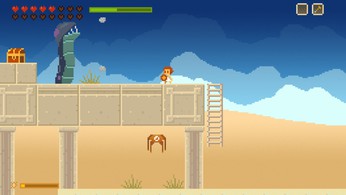 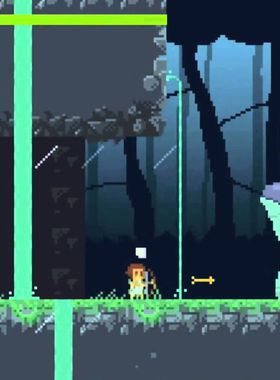 Elliot can't die—but he's still running out of time. In Elliot Quest, the victim of a rare curse must find a cure before he's transformed into a demon.

After Elliot's wife disappears, he falls sick and attempts to take his own life-only to discovers that he can't die. Plagued by nightmares and growing weaker by the day, Elliot seeks out a local Sage, who tells him that he's the victim of a rare curse. A demon called a Satar is slowly consuming Elliot's vitality.

If Elliot can't find a cure to the curse before it's too late, he will become a Satar. His only hope is to ask for the help of one of the island's Guardians, who have kept the Satar from taking over Urele. Elliot can't die—but he's still running out of time.

Where can I buy a Elliot Quest Key?

With GameGator, you are able to compare 7 deals across verified and trusted stores to find the cheapest Elliot Quest Key for a fair price. All stores currently listed have to undergo very specific testing to ensure that customer support, game deliveries, and the game keys themselves are of the highest quality. To sweeten the deal, we offer you specific discount codes, which you will not be able to find anywhere else. This allows us to beat all competitor prices and provide you with the cheapest, most trustworthy deals. If the current cheapest price of $2.03 for Elliot Quest is too high, create a price alert and we will alert you through email, SMS, or discord the moment the Elliot Quest price matches your budget.

Can I play Elliot Quest immediately after the purchase?

What store should I choose for the best Elliot Quest Deal?