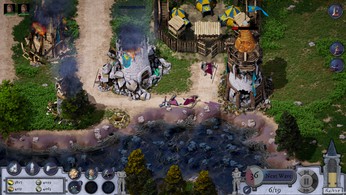 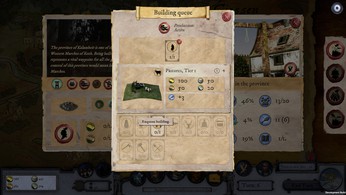 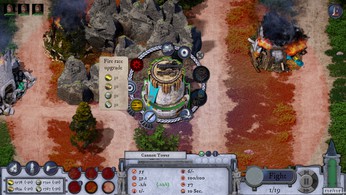 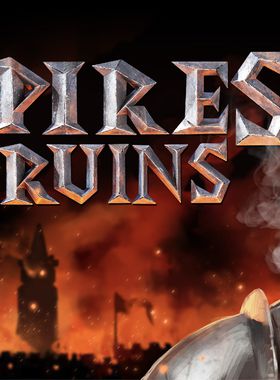 About Empires in Ruins

The most offensive defensive Grand Strategy game around, with a black humor infused plot, set in a grim, disillusioned world. Empires in Ruins is a story-driven novel take on Grand Strategy that merges Empire Building, Tower Defense and RTS battles. Conquer, build, defend and lead the grumpy Sergeant Hans Heimer in his own personal vendetta against "the system".

In a corrupted little Principality governed by spruced up popinjays, snobby clergymen and power greedy army officers, something just happened. A god forgotten borderland, the Western Marches, just got inflamed with rebellion, cutting every contact with the capital and declaring independence.

And in such a critical moment, who to send in order to quell the rebellion if not a grumpy alcoholic sergeant with discipline problems and bad bad temper? Why him? And what is the neighboring kingdom, the Krovans, plotting to do with the Principality of Koth?

Empires in Ruins is composed of two main parts. The turn based Main Map, where the campaign develops and you are called to managed the conquered provinces and the Battlefield, where the real time blood flows and you need to kick the enemy in the arse or be the one kicked.

Where can I buy a Empires in Ruins Key?

With GameGator, you are able to compare deals across verified and trusted stores to find the cheapest Empires in Ruins Key for a fair price. All stores currently listed have to undergo very specific testing to ensure that customer support, game deliveries, and the game keys themselves are of the highest quality. To sweeten the deal, we offer you specific discount codes, which you will not be able to find anywhere else. This allows us to beat all competitor prices and provide you with the cheapest, most trustworthy deals. If the current cheapest price of $17.99 for Empires in Ruins is too high, create a price alert and we will alert you through email, SMS, or discord the moment the Empires in Ruins price matches your budget.

Can I play Empires in Ruins immediately after the purchase?

What store should I choose for the best Empires in Ruins Deal?