Empires of the Undergrowth 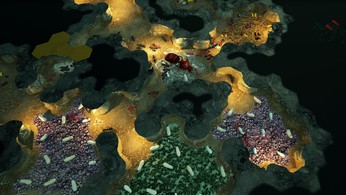 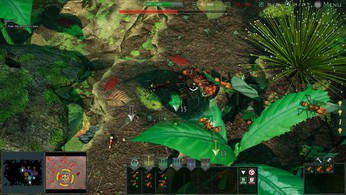 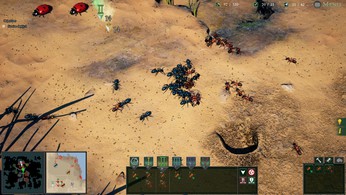 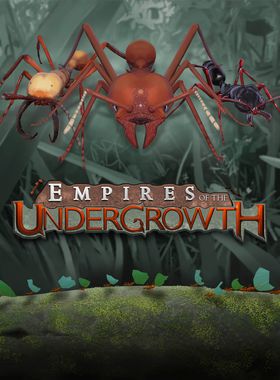 Empires of the Undergrowth

About Empires of the Undergrowth

Your queen has set up home beneath a rotting log. She is fat, and vulnerable. Her first brood will need to move quickly if the colony is to survive. Their priority now is to find food, and there is plenty around; but there are other hungry creatures in the undergrowth. The workers will need to be vigilant.

Empires of the Undergrowth is an ant colony management game, in a fast-paced real-time strategy style. The player excavates their nest underground, constructing tunnels and chambers to store food and raise brood. On the surface, the ants claim territory, gather resources, overwhelm fearsome arachnids and clash with other colonies. Nest design, army size, composition and attack timing are key to securing victory.

Missions are narrated from the perspective of a documentary film maker studying the ants, who offers intelligent insight into the goings-on of the colony and the undergrowth beyond. The primary game mode in early access is Formicarium, where you take ownership of a home colony of unique DNA-harvesting ants as they work to assimilate the desirable traits of their foes. You can upgrade them by playing one-off missions, sometimes with your home colony and sometimes with other ant species.

Where can I buy a Empires of the Undergrowth Key?

With GameGator, you are able to compare 2 deals across verified and trusted stores to find the cheapest Empires of the Undergrowth Key for a fair price. All stores currently listed have to undergo very specific testing to ensure that customer support, game deliveries, and the game keys themselves are of the highest quality. To sweeten the deal, we offer you specific discount codes, which you will not be able to find anywhere else. This allows us to beat all competitor prices and provide you with the cheapest, most trustworthy deals. If the current cheapest price of $19.99 for Empires of the Undergrowth is too high, create a price alert and we will alert you through email, SMS, or discord the moment the Empires of the Undergrowth price matches your budget.

Can I play Empires of the Undergrowth immediately after the purchase?

What store should I choose for the best Empires of the Undergrowth Deal?