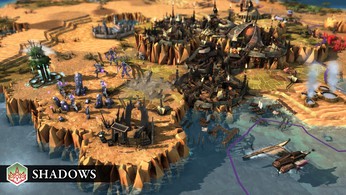 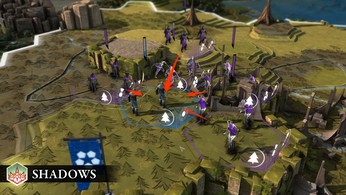 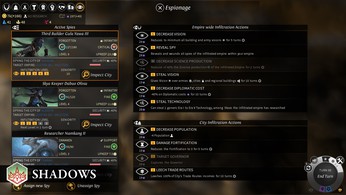 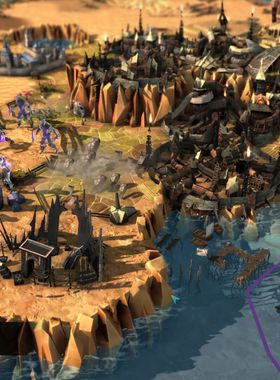 This major addition to the game content includes the long-awaited espionage system (spying, infiltration and pillaging). It also includes an entire Major Faction, the Forgotten, whose gameplay is based on espionage.

A nightmare out of history, the Forgotten are a faction that all others thought to be lost or dead. Against their will they were forged into a tight society of violent and distrustful survivors, having spent the final years of the cataclysm alone on the surface of Auriga.

Now, as rifts in their society have led a splinter faction to declare its independence, the Forgotten are risking everything in the hopes that the other factions will accept them - or kneel before them.

Where can I buy a Endless Legend - Shadows Key?

With GameGator, you are able to compare 9 deals across verified and trusted stores to find the cheapest Endless Legend - Shadows Key for a fair price. All stores currently listed have to undergo very specific testing to ensure that customer support, game deliveries, and the game keys themselves are of the highest quality. To sweeten the deal, we offer you specific discount codes, which you will not be able to find anywhere else. This allows us to beat all competitor prices and provide you with the cheapest, most trustworthy deals. If the current cheapest price of $3.72 for Endless Legend - Shadows is too high, create a price alert and we will alert you through email, SMS, or discord the moment the Endless Legend - Shadows price matches your budget.

Can I play Endless Legend - Shadows immediately after the purchase?

What store should I choose for the best Endless Legend - Shadows Deal?