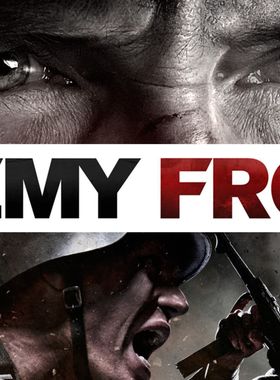 Shoot, snipe or sneak past Nazi forces as American war correspondent Robert Hawkins as he teams up with resistance fighters opposing the Nazi regime. Players can meticulously plan out their route, picking off enemy soldiers with pinpoint accuracy from a distance, disable and dispatch troops through sabotage, or go in guns blazing. Open-ended levels allow for multiple styles of play for any type of gamer. Built with CryEngine 3, Enemy Front gives players breathtaking visuals and spectacular set pieces and destructible environments to interact with as through iconic World War II resistance operations including the Warsaw Uprising.

Where can I buy a Enemy Front Key?

With GameGator, you are able to compare 21 deals across verified and trusted stores to find the cheapest Enemy Front Key for a fair price. All stores currently listed have to undergo very specific testing to ensure that customer support, game deliveries, and the game keys themselves are of the highest quality. To sweeten the deal, we offer you specific discount codes, which you will not be able to find anywhere else. This allows us to beat all competitor prices and provide you with the cheapest, most trustworthy deals. If the current cheapest price of $1.47 for Enemy Front is too high, create a price alert and we will alert you through email, SMS, or discord the moment the Enemy Front price matches your budget.

Can I play Enemy Front immediately after the purchase?

What store should I choose for the best Enemy Front Deal?