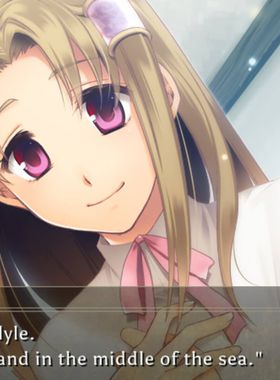 The world is afflicted with a mysterious disease known as "The Enigma."

Chester, infected with this disease, finds himself washed onto a lonely island, Carlyle.

As he is being given a tour of the island by the girl who nursed him back to health, Chester finds himself feeling that something is off.

There are no doctors from the mainland. Not only is there no information of the outside world, but the inhabitants seem entirely oblivious of the worldwide epidemic.

--Its as if this place has been completely removed from the rest of the world.

After a while, Chester finds a conspicuous white forest in the middle of a green expanse.

"That forest devours people. Thats what I believe."

The forests name is Enigma.

The same as the disease consuming his body.

Where can I buy a ENIGMA: Key?

With GameGator, you are able to compare 9 deals across verified and trusted stores to find the cheapest ENIGMA: Key for a fair price. All stores currently listed have to undergo very specific testing to ensure that customer support, game deliveries, and the game keys themselves are of the highest quality. To sweeten the deal, we offer you specific discount codes, which you will not be able to find anywhere else. This allows us to beat all competitor prices and provide you with the cheapest, most trustworthy deals. If the current cheapest price of $1.50 for ENIGMA: is too high, create a price alert and we will alert you through email, SMS, or discord the moment the ENIGMA: price matches your budget.

Can I play ENIGMA: immediately after the purchase?

What store should I choose for the best ENIGMA: Deal?