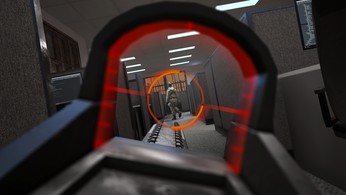 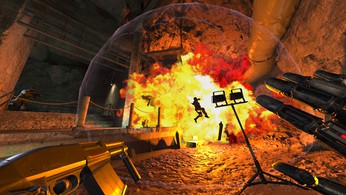 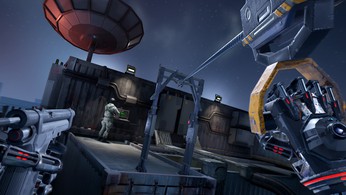 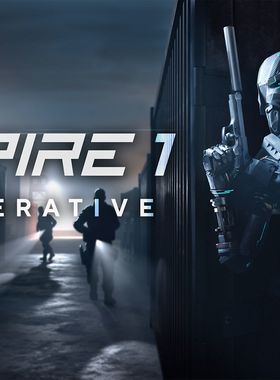 Blending the tactical precision of modern stealth titles with the unprecedented immersion of VR, Espire 1: VR Operative is the gold-standard VR stealth FPS. In Espire, the technology of virtual reality has been militarized, allowing you to become the ultimate super-spy as you pilot an Espire Model 1 Operative from the comfort of your very own cutting-edge "Control Theatre". Yes, the danger - including motion sickness - has been minimized, but the threats are very, very real. It's your job as an Espire Agent to identify threats and eliminate them before they seize control over the IFA Facility.

Espire takes full advantage of virtual reality technology and design to create a deeply satisfying stealth/action FPS while also minimizing drawbacks like motion sickness through the fully customizable Control Theatre system. In Espire, full-freedom movement maintains immersion and feels more comfortable than ever. So you can worry less about taking a break, and more about how you want to play.

Where can I buy a Espire 1: VR Operative Key?

With GameGator, you are able to compare 14 deals across verified and trusted stores to find the cheapest Espire 1: VR Operative Key for a fair price. All stores currently listed have to undergo very specific testing to ensure that customer support, game deliveries, and the game keys themselves are of the highest quality. To sweeten the deal, we offer you specific discount codes, which you will not be able to find anywhere else. This allows us to beat all competitor prices and provide you with the cheapest, most trustworthy deals. If the current cheapest price of $1.68 for Espire 1: VR Operative is too high, create a price alert and we will alert you through email, SMS, or discord the moment the Espire 1: VR Operative price matches your budget.

Can I play Espire 1: VR Operative immediately after the purchase?

What store should I choose for the best Espire 1: VR Operative Deal?