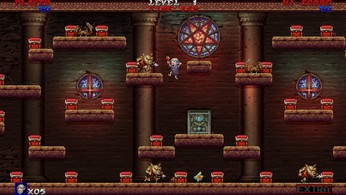 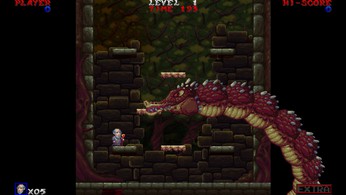 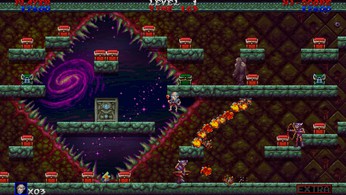 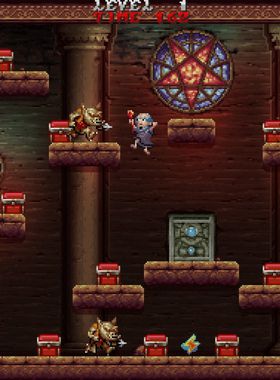 Eternum Ex is a retro platform video game with the look and feel of the '80s arcade cabinet games. Titles that have inspired and most influenced its creation are: Bomb Jack (Tehkan, 1984), Ghosts'n Goblins (Capcom, 1985), Baluba-louk no Densetsu (Able, 1986) and Psychic 5 (Jaleco, 1987).

Sir Arthur has gotten old... too old. He has lost everything he had and loved, and with nothing more to lose he leaves for Samarnath, an evil subterranean kingdom (which no knight has ever returned alive) in search of treasures, adventures and the most important: five magical orbs that together provide: the Eternal youth.

Thanks to its progressive difficulty curve, and with a path divided into 'worlds' of 5 levels each one, Eternum Ex is challenging, addictive and an ode to the nostalgia of the golden age of arcade games.

Where can I buy a Eternum EX Key?

With GameGator, you are able to compare 3 deals across verified and trusted stores to find the cheapest Eternum EX Key for a fair price. All stores currently listed have to undergo very specific testing to ensure that customer support, game deliveries, and the game keys themselves are of the highest quality. To sweeten the deal, we offer you specific discount codes, which you will not be able to find anywhere else. This allows us to beat all competitor prices and provide you with the cheapest, most trustworthy deals. If the current cheapest price of $5.75 for Eternum EX is too high, create a price alert and we will alert you through email, SMS, or discord the moment the Eternum EX price matches your budget.

Can I play Eternum EX immediately after the purchase?

What store should I choose for the best Eternum EX Deal?