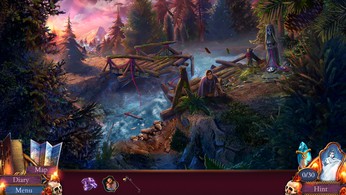 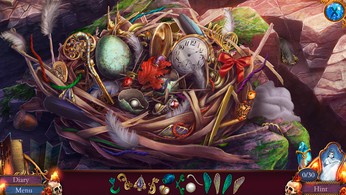 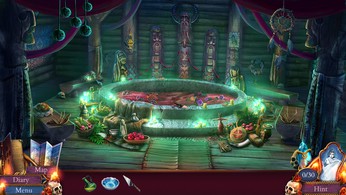 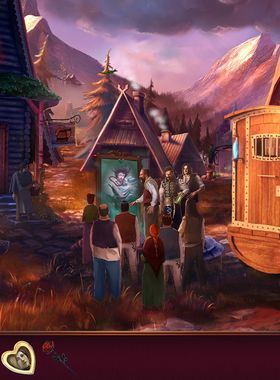 Sorcerers Mirror is the second chapter in the Eventide series. Eventide takes place in a world of Slavic legends, and tells the story of a bold botanist who embarks on a quest to rescue her niece from the clutches of a mysterious sorcerer named Tvardovsky.

Unlock the game to own it forever!

Embark on a mystical adventure in a forgotten mountain village ruled by an immortal sorcerer. Can you unravel his secret?

SHAPE THE STORY WITH YOUR CHOICES!

The decisions you make will influence the fate of characters and the end of the game.

Enlist the help of larger-than-life characters from Slavic folklore, like famous XVIII-century outlaw Yanosik, to defeat the evil mage.

A CHALLENGING JOURNEY THROUGH BREATHTAKING LOCATIONS!

Test yourself in mini-games and puzzles while venturing though the beautifully painted mountains full of wildlife and amazing creatures.

BUILD YOUR OWN HERBARIUM AND IMP COLLECTION!

Collect the cards of magical creatures and herbs in your diary.

Where can I buy a Eventide 2: Sorcerer’s Mirror Key?

With GameGator, you are able to compare 5 deals across verified and trusted stores to find the cheapest Eventide 2: Sorcerer’s Mirror Key for a fair price. All stores currently listed have to undergo very specific testing to ensure that customer support, game deliveries, and the game keys themselves are of the highest quality. To sweeten the deal, we offer you specific discount codes, which you will not be able to find anywhere else. This allows us to beat all competitor prices and provide you with the cheapest, most trustworthy deals. If the current cheapest price of $0.63 for Eventide 2: Sorcerer’s Mirror is too high, create a price alert and we will alert you through email, SMS, or discord the moment the Eventide 2: Sorcerer’s Mirror price matches your budget.

Can I play Eventide 2: Sorcerer’s Mirror immediately after the purchase?

What store should I choose for the best Eventide 2: Sorcerer’s Mirror Deal?