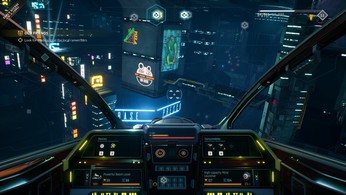 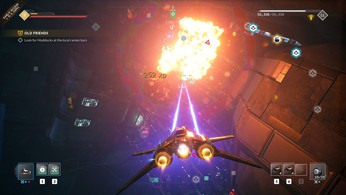 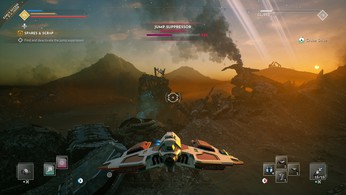 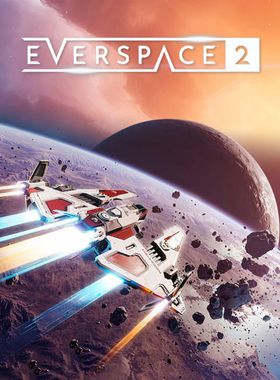 Everspace 2 is a fast-paced single-player space shooter with extensive exploration, tons of loot, and classic role-playing elements. Experience an exciting story in a vivid and open world full of mystery and danger as you discover who you are. Meet new allies in the campaign and learn their stories or join them on side missions to unlock advantages in the endgame - where the most brutal challenges will stand between you and the next loot.

The game is the successor to Everspace from 2017, which has since been widely released on most popular platforms. Following the rogue-like approach of the first game, the developers from Hamburg are now ready to release you into an open game world full of secrets and dangers. Several star systems are connected by portals and hold all kinds of artefacts, weapons, and hostile vermin. Each cruiser of the fleet offers extensive personalization options like decoration patterns or different colour options. The story is continued logically from the first game, but characters gain more emotional depth and multi-faceted motivation. For a change, the hero's motivation is not to save the entire galaxy, but to search for the meaning of life and his place in society - inspired by sci-fi film classics like Blade Runner, The Sixth Day, and video games like Detroit: Become Human.

As one of the surviving clone pilots, the player is first confronted with the shards of his past: the clone program has been stopped and the colonial authorities have put a bounty on his head. To make matters worse, dying now means a final death without return - making the search for the meaning of lie take on a whole new importance. But fate has big plans and the player soon discovers what it means to evolve from a former military clone to a human being with a personality.

The entire world of Everspace 2 will feel more lively and differentiated. Outlaws organize themselves into clans, which differ from each other both visually and in their technological developments. Fiction is either not neglected in Everspace 2: lots of fantastic creatures will cross your path. Some so gigantic, that they are capable of devouring entire spaceships. The game not only features an impressive story, but also a visually enormours experience in the beautiful infinity of space, whose breahtaking cinematic staging invites you to explore.

Where can I buy a Everspace 2 Key?

With GameGator, you are able to compare 10 deals across verified and trusted stores to find the cheapest Everspace 2 Key for a fair price. All stores currently listed have to undergo very specific testing to ensure that customer support, game deliveries, and the game keys themselves are of the highest quality. To sweeten the deal, we offer you specific discount codes, which you will not be able to find anywhere else. This allows us to beat all competitor prices and provide you with the cheapest, most trustworthy deals. If the current cheapest price of $39.99 for Everspace 2 is too high, create a price alert and we will alert you through email, SMS, or discord the moment the Everspace 2 price matches your budget.

Can I play Everspace 2 immediately after the purchase?

What store should I choose for the best Everspace 2 Deal?