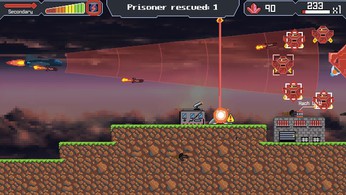 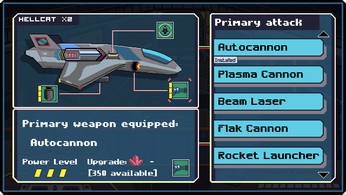 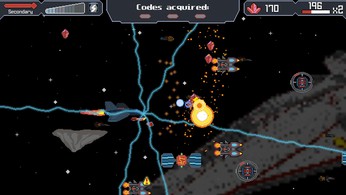 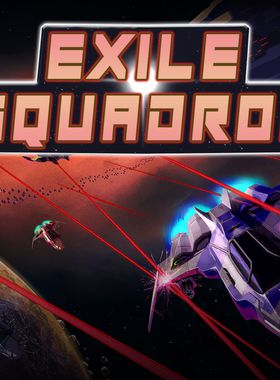 Exile Squadron is an action-packed, sidescrolling shoot 'em up, inspired by the classics of the genre. As part of an elite fighter group, you will be granted a huge variety of upgradeable weapons, which you can use to stop the invading Colonial forces. Destroy your enemies as fast as possible, collect points, and put your highscore on the online leaderboard.

It's 2120. With the creation of advanced ion engines, even the furthest planets of our system came within our reach. Mankind finally conquered the Solar System. After several long and bloody conflicts, humanity realized that only together can they create a better future for themselves. Decades went by without armed conflict. Earth and its Colonies lived in a golden age.

Then, in the blink of an eye, everything changed. The Colonies invaded Earth without warning, and destroyed all opposition in their path. As one of the best pilot on Earth, it is up to you to stop the enemy forces.

Where can I buy a Exile Squadron Key?

With GameGator, you are able to compare 2 deals across verified and trusted stores to find the cheapest Exile Squadron Key for a fair price. All stores currently listed have to undergo very specific testing to ensure that customer support, game deliveries, and the game keys themselves are of the highest quality. To sweeten the deal, we offer you specific discount codes, which you will not be able to find anywhere else. This allows us to beat all competitor prices and provide you with the cheapest, most trustworthy deals. If the current cheapest price of $4.99 for Exile Squadron is too high, create a price alert and we will alert you through email, SMS, or discord the moment the Exile Squadron price matches your budget.

Can I play Exile Squadron immediately after the purchase?

What store should I choose for the best Exile Squadron Deal?