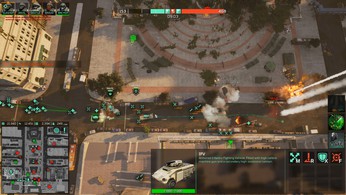 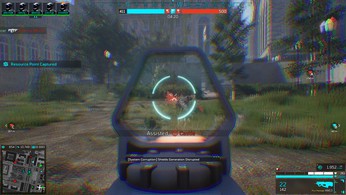 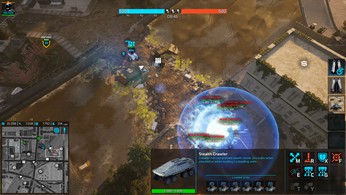 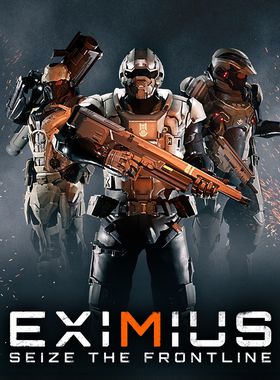 About Eximius: Seize the Frontline

Play as a Commander (RTS); build base, train an army and call down support abilities to help your allies on the ground to gain territory.

Play as an Officer (FPS); lead your infantry squad into combat and crush your enemies with your agile tactics or brute force. Capture resources for your team, upgrade weapons and equip battlesuits suitable for your combat role.

Eximius provides a multi - role gameplay experience where each player could choose to play a diversely different role and fight not only with brawns but also with their brains. An expert shooter could be outnumbered, ambushed and overwhelmed if caught in a wrong position. While a scheming officer could be assassinated in the right moment at the frontline. ObjectivesThe objective of the gameplay is to win by holding down the most victory points. Alternatively, if your forces are powerful enough, you can completely destroy your enemy's base and win the match immediately. The command headquarters cannot be rebuilt and the game will be instantly over.

As a commander, you are also an officer. But you have the extra capability to switch to top down RTS interface to build bases and command units. An aggressive commander can also join the battle in the frontline but they are normally expected to stay in relative safety and manage base development. Commander needs to be nominated by the team.

As the gameplay of Eximius revolves around Team vs Team battles, each team shares a base, resource and technology tree. RTS Commander to support the battle operations by training infantry units and vehicles, building bases and call in airstrikes or support abilities.

Commander can train AI infantry and assign them to players. Leading them as a frontline officer; your squad will fight with you sensibly , taking cover and help you both offensively and defensively.

Where can I buy a Eximius: Seize the Frontline Key?

With GameGator, you are able to compare 15 deals across 8 verified and trusted stores to find the cheapest Eximius: Seize the Frontline Key for a fair price. All stores currently listed have to undergo very specific testing to ensure that customer support, game deliveries, and the game keys themselves are of the highest quality. To sweeten the deal, we offer you 3 specific discount codes, which you will not be able to find anywhere else. This allows us to beat all competitor prices and provide you with the cheapest, most trustworthy deals. If the current cheapest price of $8.43 for Eximius: Seize the Frontline is too high, create a price alert and we will alert you through email, SMS, or discord the moment the Eximius: Seize the Frontline price matches your budget.

Can I play Eximius: Seize the Frontline immediately after the purchase?

What store should I choose for the best Eximius: Seize the Frontline Deal?