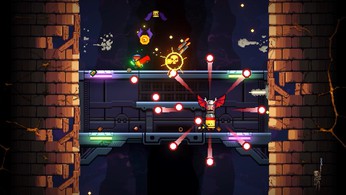 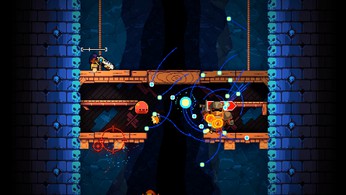 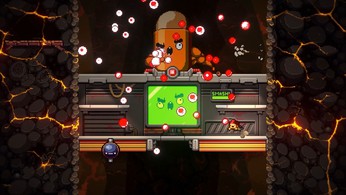 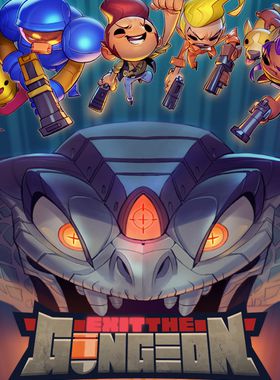 About Exit the Gungeon

Exit the Gungeon is a small, arcade-style, spin-off 'dungeon climber' that immediately follows the adventures of the misfit Gungeoneers attempting to survive a series of increasingly dangerous elevators and countless waves of enemies. The Gungeon has become a paradox and is collapsing! Blessed by the magic of the Sorceress, your gun will change rapidly as you ascend the Gungeon. The better you play, and the higher your combo, the more powerful the form your gun will take.

Battle against the last and most bitter of the Gundead at a frantic pace, slowing down just long enough to chat with some familiar faces… and a few new ones. Shifting rooms, enemies, bosses, bizarre weapons and items all combine to ensure that no two attempts to Exit the Gungeon are the same.

Where can I buy a Exit the Gungeon Key?

With GameGator, you are able to compare 17 deals across verified and trusted stores to find the cheapest Exit the Gungeon Key for a fair price. All stores currently listed have to undergo very specific testing to ensure that customer support, game deliveries, and the game keys themselves are of the highest quality. To sweeten the deal, we offer you specific discount codes, which you will not be able to find anywhere else. This allows us to beat all competitor prices and provide you with the cheapest, most trustworthy deals. If the current cheapest price of $3.28 for Exit the Gungeon is too high, create a price alert and we will alert you through email, SMS, or discord the moment the Exit the Gungeon price matches your budget.

Can I play Exit the Gungeon immediately after the purchase?

What store should I choose for the best Exit the Gungeon Deal?