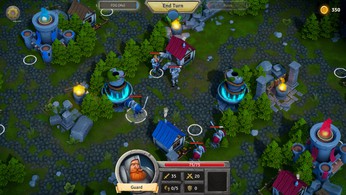 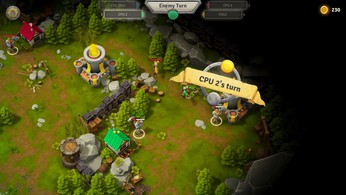 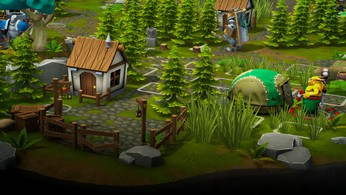 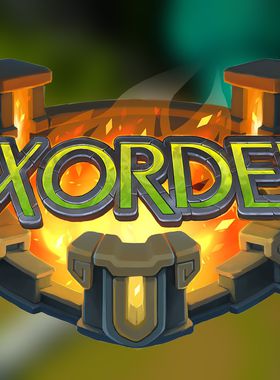 The fantasy world of Exorder awaits you!

Exorder's got looks and smarts! Under the layer of colorful graphics lies a cleverly designed tactics system. The game is a solid entry into the turn-based tactics genre that focus on fun and easy to pick up combat.

Single-player campaign consists of 12 missions linked by a fantasy-style story about three neighboring countries and a game of the throne after the deceased king. This mode gets you acquainted with skills needed to successfully command a roster of Exorders quirky units.

In Multiplayer Mode you can choose between online matchmaking and casual skirmish. Fight against randomly selected players of a similar skill level. Defeat your enemy to climb up global leaderboard! Or casually create a custom multiplayer game for up to 4 players, either offline or online.

The purpose of Exorder is to provide a solid entry in the underrepresented genre of turn-based tactics games that focus on fun and easy to pick up combat. The game is being developed with a team of three (the entirety of Solid9 Studio) and we do our our best to provide you - the player - with the best gaming experience possible.

Where can I buy a Exorder Key?

With GameGator, you are able to compare 7 deals across verified and trusted stores to find the cheapest Exorder Key for a fair price. All stores currently listed have to undergo very specific testing to ensure that customer support, game deliveries, and the game keys themselves are of the highest quality. To sweeten the deal, we offer you specific discount codes, which you will not be able to find anywhere else. This allows us to beat all competitor prices and provide you with the cheapest, most trustworthy deals. If the current cheapest price of $4.13 for Exorder is too high, create a price alert and we will alert you through email, SMS, or discord the moment the Exorder price matches your budget.

Can I play Exorder immediately after the purchase?

What store should I choose for the best Exorder Deal?