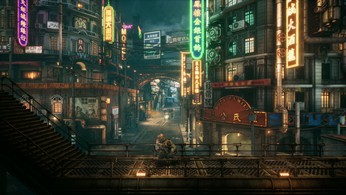 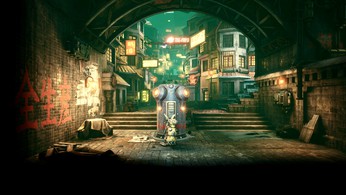 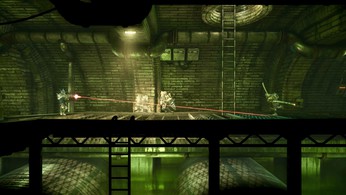 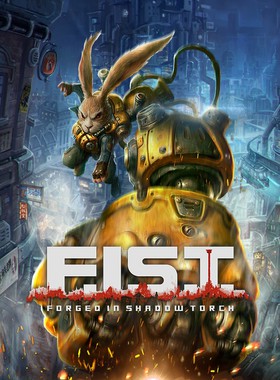 About F.I.S.T.: Forged In Shadow Torch

Six years ago, the Machine Legion invaded and colonized the Torch City, which was originally inhabited by animals. Rayton, the former soldier in the resistance war, has been living in seclusion since then. After his friend is forcibly arrested, Rayton reclaims his mechanical fist and steps to his journey fighting back. And he never expects that he has been involved in a bigger scheme between the mafia, the rebellion, and the legion. Sophisticated and Interconnected Game Map with Countless Secrets

Exploring the Metroidvania game world with a dozen of areas with distinguishing vision themes and level designs. Earning the rewards by conquering the challenges of combats, puzzles and platformers in countless chambers, tunnels and shortcuts. Interconnected and automatically loading game map makes the detailed Torch City more convincing and beautiful. Mastering the Fist, the Drill and the Whip, depending on the situation of the battlefield, switch your advantages between the long hits, the high damage and the wide range, taking every enemy standing in front of you down.

Dozens of enemies wielding their unique weapons challenge you with exquisite cooperation tactics, and various bosses with totally different combat patterns provides you never repeated experience. The combining of the dieselpunk aesthetics and the oriental-style architecture constructs the core visual style of Torch City, exposing the world with the intense conflict between the furry animals and the mechanical army from their appearance to the nature.

Where can I buy a F.I.S.T.: Forged In Shadow Torch Key?

With GameGator, you are able to compare 7 deals across verified and trusted stores to find the cheapest F.I.S.T.: Forged In Shadow Torch Key for a fair price. All stores currently listed have to undergo very specific testing to ensure that customer support, game deliveries, and the game keys themselves are of the highest quality. To sweeten the deal, we offer you specific discount codes, which you will not be able to find anywhere else. This allows us to beat all competitor prices and provide you with the cheapest, most trustworthy deals. If the current cheapest price of $25.30 for F.I.S.T.: Forged In Shadow Torch is too high, create a price alert and we will alert you through email, SMS, or discord the moment the F.I.S.T.: Forged In Shadow Torch price matches your budget.

Can I play F.I.S.T.: Forged In Shadow Torch immediately after the purchase?

What store should I choose for the best F.I.S.T.: Forged In Shadow Torch Deal?