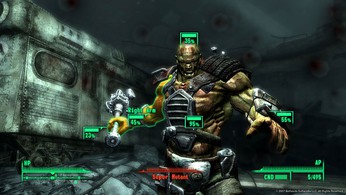 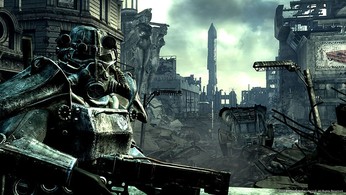 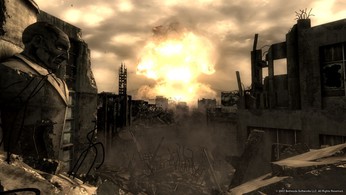 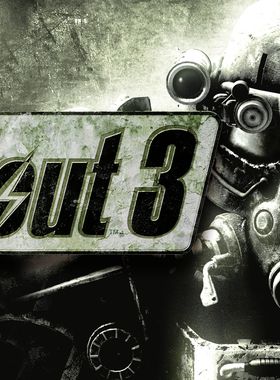 Fallout 3 Game of the Year Edition

About Fallout 3 Game of the Year Edition

The earth is a desert. After the nuclear war between the USA and China, the country lies in ruins; radioactive dust blows around. Those who survived the first war were so badly contaminated that they have either died of it or have mutated horribly. The only exception is the few lucky people who managed to escape to one of the vaults, underground radiation protection bunkers before the war began. In one of these bunkers, the protagonist of the game also grows up and, under the supervision of his single, loving father, spends a relatively happy childhood, depending on the circumstances. All these changes abruptly when the father suddenly disappears one day. Worried, the player sets out to search for him and find out the secret of his sudden disappearance. "Fallout 3" is a game that can fascinate thanks to its exciting story. Since it is also embellished with several side stories, there is no chance to get bored. The numerous moral decisions contribute to motivation. The tasks, which are set by the game, can always be solved in several ways and therefore fascinate even more.

Where can I buy a Fallout 3 Game of the Year Edition Key?

With GameGator, you are able to compare 16 deals across verified and trusted stores to find the cheapest Fallout 3 Key for a fair price. All stores currently listed have to undergo very specific testing to ensure that customer support, game deliveries, and the game keys themselves are of the highest quality. To sweeten the deal, we offer you specific discount codes, which you will not be able to find anywhere else. This allows us to beat all competitor prices and provide you with the cheapest, most trustworthy deals. If the current cheapest price of $4.19 for Fallout 3 is too high, create a price alert and we will alert you through email, SMS, or discord the moment the Fallout 3 price matches your budget.

Can I play Fallout 3 Game of the Year Edition immediately after the purchase?

What store should I choose for the best Fallout 3 Game of the Year Edition Deal?