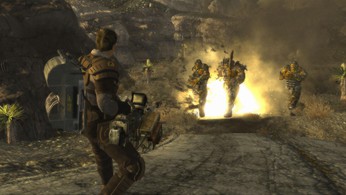 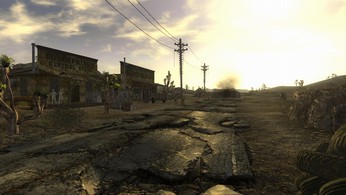 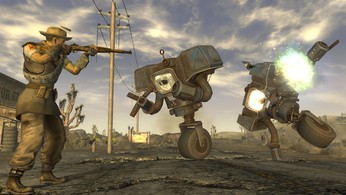 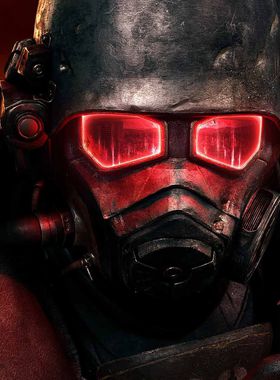 Fallout: New Vegas is set in and around a post-apocalyptic retro-futuristic Las Vegas, following the Great War between the U.S., and China as a conventional and nuclear war that occurred on October 22 - October 23, 2077, and lasted less than two hours, while causing immense damage and destruction. Before the Great War was the Resource Wars, during which the United Nations disbanded, a plague rendered the United States paranoid, and Canada was annexed. The city of Las Vegas itself wasn't hit as hard as most of the other districts, with most buildings being left intact as a result. The Hoover Dam supplies free electricity and water to those who control it.

Where can I buy a Fallout: New Vegas Key?

With GameGator, you are able to compare 53 deals across verified and trusted stores to find the cheapest Fallout: New Vegas Key for a fair price. All stores currently listed have to undergo very specific testing to ensure that customer support, game deliveries, and the game keys themselves are of the highest quality. To sweeten the deal, we offer you specific discount codes, which you will not be able to find anywhere else. This allows us to beat all competitor prices and provide you with the cheapest, most trustworthy deals. If the current cheapest price of $1.90 for Fallout: New Vegas is too high, create a price alert and we will alert you through email, SMS, or discord the moment the Fallout: New Vegas price matches your budget.

Can I play Fallout: New Vegas immediately after the purchase?

What store should I choose for the best Fallout: New Vegas Deal?