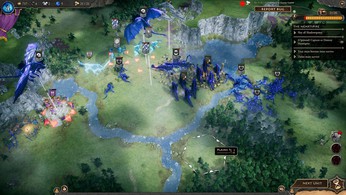 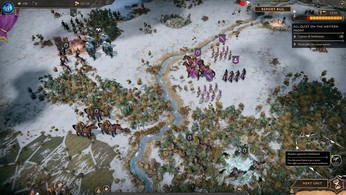 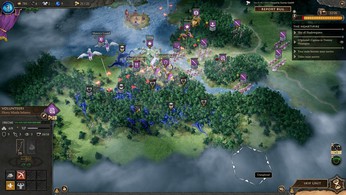 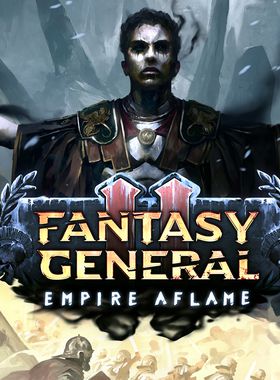 A Civil War is ravaging the Empire, laying waste to the once proud realm. Keep the Imperial Peace in the Northern Provinces and fight Frost Trolls, Harpies and Barbarian raiders as the young transmuter Moira and the Imperial noble Filos and discover a dark secret at work in the Shadows. Summon undead to your side or conscript villagers into your ranks, cast powerful draining magic or direct your army into different formations to adapt them to your needs.

You will decide the fate of the fallen Empire and all of Keldonia. Join the forces of the Shadowlord or resist him and seek to stem the tide of his minions. In this next chapter of the Keldonia campaign, you fight as the Empire facing a new type of enemy, born from the Shadowlord’s realm and spreading like a dark plague. - A branching story campaign: Combining the best of the first two campaign systems, Empire Aflame provides an intense story following the young Transmuter Moira in her rise to power while offering a wealth of map choices and completely different ways to play. Will you fight the new threat to Keldonia’s very existence or join the Shadow forces and plunge the world into darkness forever? Over 40 maps allow you to play completely different campaigns.

Where can I buy a Fantasy General 2: Empire Aflame Key?

With GameGator, you are able to compare 9 deals across verified and trusted stores to find the cheapest Fantasy General 2: Empire Aflame Key for a fair price. All stores currently listed have to undergo very specific testing to ensure that customer support, game deliveries, and the game keys themselves are of the highest quality. To sweeten the deal, we offer you specific discount codes, which you will not be able to find anywhere else. This allows us to beat all competitor prices and provide you with the cheapest, most trustworthy deals. If the current cheapest price of $8.95 for Fantasy General 2: Empire Aflame is too high, create a price alert and we will alert you through email, SMS, or discord the moment the Fantasy General 2: Empire Aflame price matches your budget.

Can I play Fantasy General 2: Empire Aflame immediately after the purchase?

What store should I choose for the best Fantasy General 2: Empire Aflame Deal?