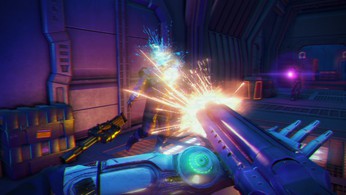 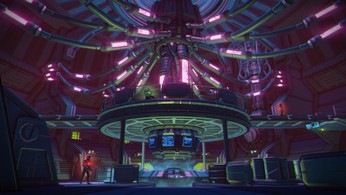 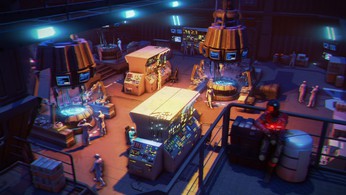 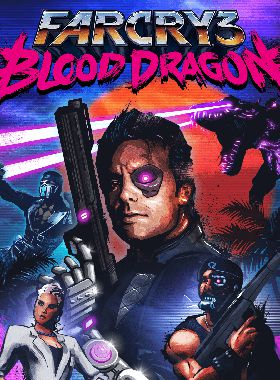 "Far Cry 3 Blood Dragon" is a first-person shooter that can be played independently of the story from "Far Cry 3". "Blood Dragon" takes place in the year 2007, in a supposed future as it was imagined in the 80s. After a nuclear war, the world consists mostly only of radioactive ashes, and a U.S. cyborg army tries to take over. The sergeant of a cyber commando named Rex "Power" Colt was sent there to get an overview. During his voyage of discovery, he not only encounters dangerous enemies, such as cyborgs and blood dragons, which he has to kill or distract as quickly as possible by using a selection of different weapons, but there are always hidden allusions and elements from films, games, and soundtracks from the 80s and 90s. This is combined with combinations of intentionally pixelated graphics in longer cutscenes and the high-quality combat graphics already known from "Far Cry 3", creating a different game between action and comedy. All in all, the game is interesting for beginners as well as for first-person shooter and action movie lovers because, on the one hand, a dark and exciting atmosphere with lots of action is created and, on the other hand, humorous elements are always built-in by subtle remarks and allusions. Through varied environments and changing appearances of the opponents, the game doesn't get boring and draws the players into its spell.

Where can I buy a Far Cry 3 - Blood Dragon Key?

With GameGator, you are able to compare 21 deals across verified and trusted stores to find the cheapest Far Cry 3 - Blood Dragon Key for a fair price. All stores currently listed have to undergo very specific testing to ensure that customer support, game deliveries, and the game keys themselves are of the highest quality. To sweeten the deal, we offer you specific discount codes, which you will not be able to find anywhere else. This allows us to beat all competitor prices and provide you with the cheapest, most trustworthy deals. If the current cheapest price of $1.92 for Far Cry 3 - Blood Dragon is too high, create a price alert and we will alert you through email, SMS, or discord the moment the Far Cry 3 - Blood Dragon price matches your budget.

Can I play Far Cry 3 - Blood Dragon immediately after the purchase?

What store should I choose for the best Far Cry 3 - Blood Dragon Deal?