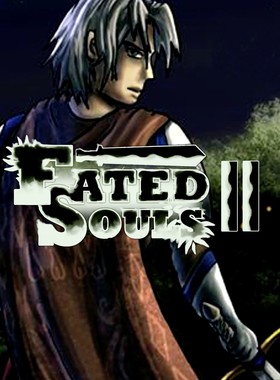 Formerly known as Dark Souls, Fated Souls (and its sequel Fated Souls 2) are Warfare Studios' first commercial series, and one of their most popular along with Vagrant Hearts, Ashes of Immortality and Valiant.

A brave warrior named Galahar goes back to his hometown after 10 years of searching for his kidnapped daughter, who disappeared during raid at their village. Soon after arriving home at Solside Village, he is selected by the Mershiak Church to become a Swordmaster. While at first he thinks this would divert him from his primary objective, finding his daughter, he discovers that both paths are strangely connected.

Where can I buy a Fated Souls 2 Key?

With GameGator, you are able to compare 5 deals across verified and trusted stores to find the cheapest Fated Souls 2 Key for a fair price. All stores currently listed have to undergo very specific testing to ensure that customer support, game deliveries, and the game keys themselves are of the highest quality. To sweeten the deal, we offer you specific discount codes, which you will not be able to find anywhere else. This allows us to beat all competitor prices and provide you with the cheapest, most trustworthy deals. If the current cheapest price of $1.04 for Fated Souls 2 is too high, create a price alert and we will alert you through email, SMS, or discord the moment the Fated Souls 2 price matches your budget.

Can I play Fated Souls 2 immediately after the purchase?

What store should I choose for the best Fated Souls 2 Deal?