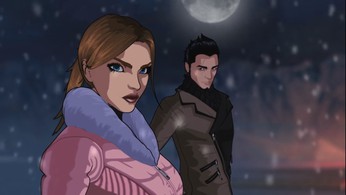 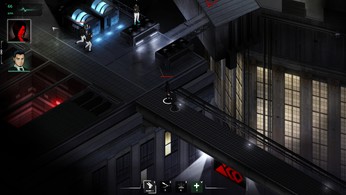 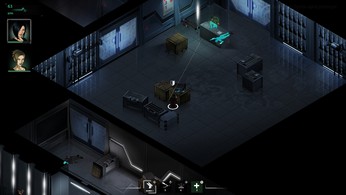 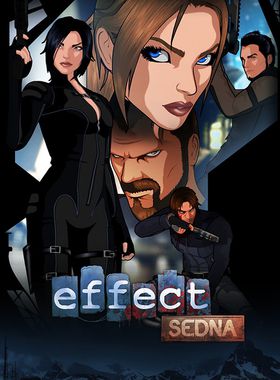 Be part of a new Fear Effect adventure with Fear Effect Sedna, a new game in the classic series made popular on the original PlayStation console. With a whole new story, and shifting to a pausable real-time tactical action style, players will be able to control the team strategically and tackle enemies and puzzles alike.

Fear Effect Sedna is set four years after the events of the original Fear Effect game, and things have changed for the team. Hana, freed from the Triad, lives with Rain in Hong Kong and works as an occasional mercenary, while Deke has grown apart from them since Glas returned to the US.

Hana accepts a small mission for a shadowy organization asking for her services. Her target: a mysterious ancient statuette held by the Chinese ambassador in France. She sees it as a good opportunity to visit her birthplace... But this easy mission is about to lead Hana to something way bigger than she expected.

Meanwhile Glas is approached by a client who catches his attention enough that he soon sets out for Greenland.

How will these events bring the old team back together?

Fear Effect Sedna is dedicated to recreating the atmosphere and characters from the original Fear Effect. However, while there are familiar aspects of the game to previous incarnations of the franchise, youll find yourself immersed in a completely unique and new world with Fear Effect Sedna - one that will appeal to fans both old and new.

Where can I buy a Fear Effect Sedna Collectors Edition Key?

With GameGator, you are able to compare 3 deals across verified and trusted stores to find the cheapest Fear Effect Sedna Key for a fair price. All stores currently listed have to undergo very specific testing to ensure that customer support, game deliveries, and the game keys themselves are of the highest quality. To sweeten the deal, we offer you specific discount codes, which you will not be able to find anywhere else. This allows us to beat all competitor prices and provide you with the cheapest, most trustworthy deals. If the current cheapest price of $6.21 for Fear Effect Sedna is too high, create a price alert and we will alert you through email, SMS, or discord the moment the Fear Effect Sedna price matches your budget.

Can I play Fear Effect Sedna Collectors Edition immediately after the purchase?

What store should I choose for the best Fear Effect Sedna Collectors Edition Deal?