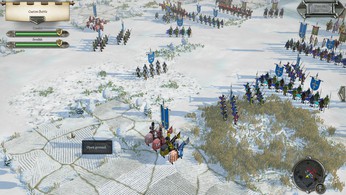 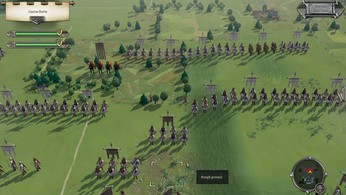 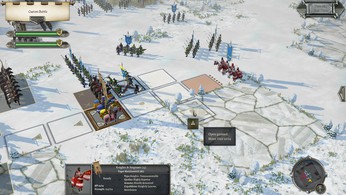 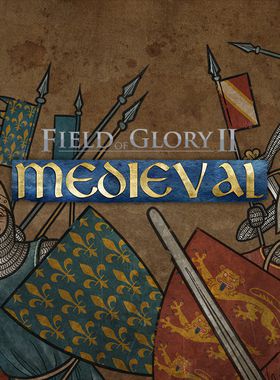 About Field of Glory 2: Medieval

Field of Glory II Medieval is a turn-based tactical game set in the High Middle Ages from 1040 AD to 1270 AD. This was the heyday of the mounted knight. Armoured from head to toe by the later 12th century, European knights rode heavy horses in tight formation, and delivered a devastating charge with couched lances.

Major themes of the period include the struggles of the Kings of France against the Kings of England and the German Emperors, the English wars of conquest or attempted conquest against the Welsh, Scots and Irish, the Baltic Crusades and the Mongol invasion of Eastern Europe. With dynastic struggles and rebellions by powerful nobles thrown into the mix, Europe was in an almost constant state of war.

Field of Glory II Medieval allows you to take command of the armies of the Anglo-Saxons and Normans, post-conquest England, France, Germany, Scotland, Wales, Ireland, the Low Countries, the Free Cantons, Denmark, Norway, Sweden, Bohemia, Poland, the Teutonic Knights, the pagan Old Prussians and Lithuanians, Russia, Hungary, the Cumans, Volga Bulgars and Mongols in an endless variety of battles and campaigns set in 11th-13th century North and Central Europe.

Where can I buy a Field of Glory 2: Medieval Key?

With GameGator, you are able to compare 18 deals across verified and trusted stores to find the cheapest Field of Glory 2: Medieval Key for a fair price. All stores currently listed have to undergo very specific testing to ensure that customer support, game deliveries, and the game keys themselves are of the highest quality. To sweeten the deal, we offer you specific discount codes, which you will not be able to find anywhere else. This allows us to beat all competitor prices and provide you with the cheapest, most trustworthy deals. If the current cheapest price of $12.74 for Field of Glory 2: Medieval is too high, create a price alert and we will alert you through email, SMS, or discord the moment the Field of Glory 2: Medieval price matches your budget.

Can I play Field of Glory 2: Medieval immediately after the purchase?

What store should I choose for the best Field of Glory 2: Medieval Deal?