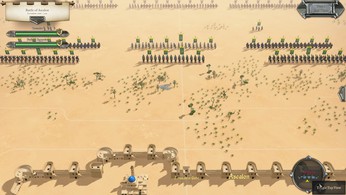 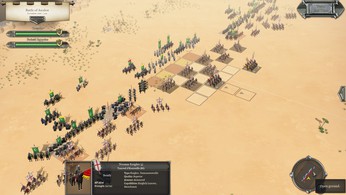 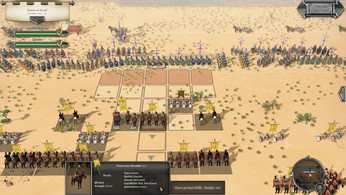 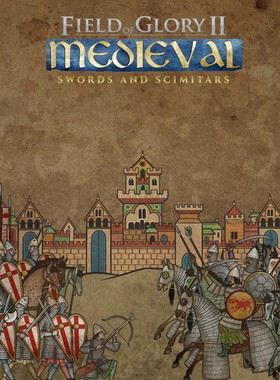 About Field of Glory 2: Medieval - Swords and Scimitars

The Byzantine Empire began the 11th century in a strong position - they had pushed their frontier eastwards against the fragmented Muslim emirates, and had completely destroyed the Bulgars in the Balkans. All that was to change in 1071, when they suffered a catastrophic defeat at the hands of the Seljuq Turks at the Battle of Manzikert. These nomadic conquerors had recently converted to Islam, and had swiftly established a Sultanate ruling from Afghanistan to Palestine. Following Manzikert they took nearly all of Anatolia from the Byzantines.

As the Byzantine Emperor Alexios Komnenos struggled to stem the Seljuq advances, he appealed to the West for mercenaries. This request was seized upon by Pope Urban II, who possibly saw it as an opportunity to further his own aims. At the Council of Clermont in 1095 he called for a Crusade to save the eastern churches and recover the Holy Land from the Muslims.

The timing was fortuitously right, as the mighty Seljuq Empire had begun to fragment, the Sultanate of Rûm in Anatolia (modern Asiatic Turkey) having seceded from the Great Seljuk Empire in 1077, and the local Syrian atabegs being in practice semi-independent and disunited. The First Crusade eventually captured Jerusalem in 1099, and established a number of Crusader states in Palestine and Syria. In doing so they created bitter resentment between Muslims, Western Christians and the Byzantines that would lead to two centuries of conflict.

Several major Crusades were to follow the First, as the Crusader states fought for their existence against a succession of resurgent Islamic states: the Fatimids, Zangids, Ayyubids, and finally the Mamluks, who extinguished the last Crusader stronghold of Acre in 1291.

Where can I buy a Field of Glory 2: Medieval - Swords and Scimitars Key?

With GameGator, you are able to compare 5 deals across verified and trusted stores to find the cheapest Field of Glory 2: Medieval - Swords and Scimitars Key for a fair price. All stores currently listed have to undergo very specific testing to ensure that customer support, game deliveries, and the game keys themselves are of the highest quality. To sweeten the deal, we offer you specific discount codes, which you will not be able to find anywhere else. This allows us to beat all competitor prices and provide you with the cheapest, most trustworthy deals. If the current cheapest price of $12.23 for Field of Glory 2: Medieval - Swords and Scimitars is too high, create a price alert and we will alert you through email, SMS, or discord the moment the Field of Glory 2: Medieval - Swords and Scimitars price matches your budget.

Can I play Field of Glory 2: Medieval - Swords and Scimitars immediately after the purchase?

What store should I choose for the best Field of Glory 2: Medieval - Swords and Scimitars Deal?