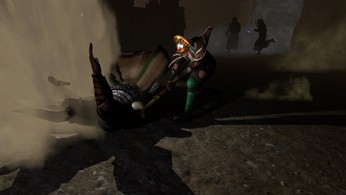 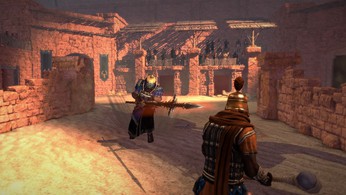 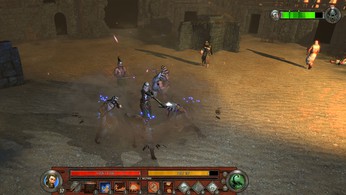 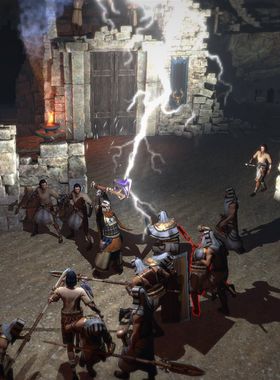 About FIVE: Champions of Canaan

Battle your way to honor and glory in the bloodthirsty fighting arenas of the ancient lands. Pit your strength and skill against the fiercest of enemies. Conquer your foes while claiming wondrous and powerful armaments as you strive to earn the enemy commander's trust and avert a disastrous war!

Fight hordes of barbaric and fierce enemies in epic gladiatorial style combat. Train and master engaging your foes. Use the ever changing arena terrain to your advantage.

Heroes and Champions arent just born, theyre forged in the fires of conflict. The honor your fathers legacy has earned is only the beginning.

A hard won peace hangs in the balance. Bloodthirsty enemies conspire and scheme to brew another bloodbath of war. Are you worthy to hold the keys to peace

Your father and family's hard won honor will only take you so far. Even with his sword in your hand and his armor on your back, will your mettle be enough?

Unravel the mysterious plans of your enemies. Their commanders work tirelessly to raise and train an army for one purpose – war! Your life is one thing, but the lives of your children and children's children is another. Foil their fiendish plot for future war and destruction.

Where can I buy a FIVE: Champions of Canaan Key?

With GameGator, you are able to compare 6 deals across verified and trusted stores to find the cheapest FIVE: Champions of Canaan Key for a fair price. All stores currently listed have to undergo very specific testing to ensure that customer support, game deliveries, and the game keys themselves are of the highest quality. To sweeten the deal, we offer you specific discount codes, which you will not be able to find anywhere else. This allows us to beat all competitor prices and provide you with the cheapest, most trustworthy deals. If the current cheapest price of $2.41 for FIVE: Champions of Canaan is too high, create a price alert and we will alert you through email, SMS, or discord the moment the FIVE: Champions of Canaan price matches your budget.

Can I play FIVE: Champions of Canaan immediately after the purchase?

What store should I choose for the best FIVE: Champions of Canaan Deal?