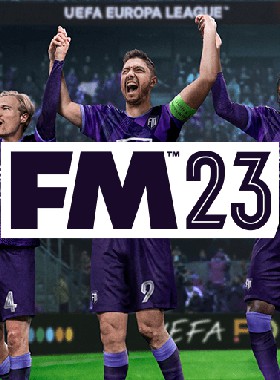 Delve into unrivalled depth and detail in Football Manager 2023 as you take charge at your club. Join the elite by writing your own headlines, earning the love of the fans and dominating the competition.

It's not just about picking tactics or crafting a team. It's about taking on challenges and breaking new ground as you establish your own style.

Your team's playing style is down to you. Create a unique strategy on the tactics board to deliver big wins and memorable matchday moments. New this season. Power your transfer activity with revamped scouting and recruitment meetings, a closer relationship with agents and brand-new squad planning tools. With a better oversight of your prospects in the pipeline, it's never been easier to meet long-term club ambitions.

Test your managerial skills against the most realistic AI managers in the history of the series. An overhaul of your opponents' decision-making has made them smarter, while new out of possession tactical instructions make defensive and counter-attacking football more viable. As you're pushed harder in every game, you'll notice further match engine advancements, including changes to the way wing-backs and double pivots operate and a range of new animations. Become closer to the fans than ever before with the new Supporter Confidence system. Get to grips with their expectations on and off the pitch to ensure a bright, long-term future in the dugout.

Where can I buy a Football Manager 2023 Key?

With GameGator, you are able to compare 22 deals across verified and trusted stores to find the cheapest Football Manager 2023 Key for a fair price. All stores currently listed have to undergo very specific testing to ensure that customer support, game deliveries, and the game keys themselves are of the highest quality. To sweeten the deal, we offer you specific discount codes, which you will not be able to find anywhere else. This allows us to beat all competitor prices and provide you with the cheapest, most trustworthy deals. If the current cheapest price of $36.28 for Football Manager 2023 is too high, create a price alert and we will alert you through email, SMS, or discord the moment the Football Manager 2023 price matches your budget.

Can I play Football Manager 2023 immediately after the purchase?

What store should I choose for the best Football Manager 2023 Deal?