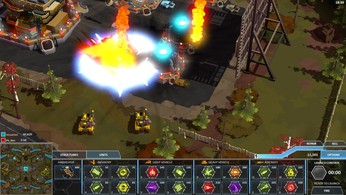 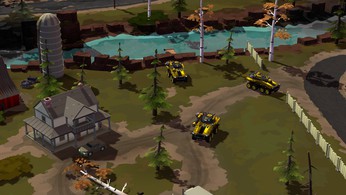 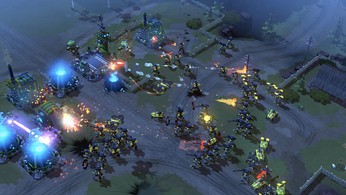 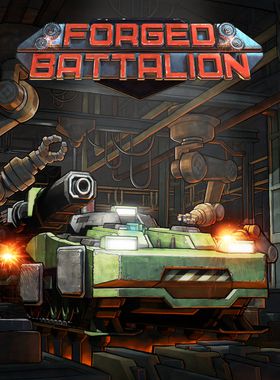 Towards the end of the 21st century, the effects of climate change have devastated the world and a military force called "The Collective" has spread across the globe. As part of the resistance group it's time for you to join the fight!

Customize your unique faction in a new take on real-time strategy as you fight in a variety of skirmish, solo, and multiplayer battles. You are not only a commander, but also an engineer – so you have ultimate control over your faction's units, factories, superweapons and economy.

Manage, customize, and develop the blueprints of your emerging faction to create ever-evolving factories and units. Between missions a deep tech tree unlocks components that you'll use to design combat units. As more technology is unlocked, your designs become more advanced and powerful.

Using resources gained in battle, you'll unlock new options through the metagame Tech Tree to choose the archetype, armour, locomotor, weapons, and special abilities such as stealth and regeneration that will make your faction one of a kind. Ultimately, you will have access to the most powerful options, including an array of deadly superweapons to launch against your foes.

Where can I buy a Forged Battalion Key?

With GameGator, you are able to compare 14 deals across verified and trusted stores to find the cheapest Forged Battalion Key for a fair price. All stores currently listed have to undergo very specific testing to ensure that customer support, game deliveries, and the game keys themselves are of the highest quality. To sweeten the deal, we offer you specific discount codes, which you will not be able to find anywhere else. This allows us to beat all competitor prices and provide you with the cheapest, most trustworthy deals. If the current cheapest price of $0.59 for Forged Battalion is too high, create a price alert and we will alert you through email, SMS, or discord the moment the Forged Battalion price matches your budget.

Can I play Forged Battalion immediately after the purchase?

What store should I choose for the best Forged Battalion Deal?