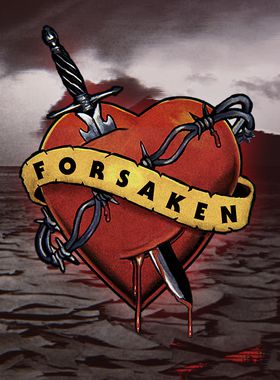 The team at Nightdive Studios, that brought back Turok and Turok 2: Seeds of Evil, are pleased to announce that on July 31st, Forsaken Remastered will be available for purchase on Steam!

Developed by Probe Entertainment and Iguana Entertainment and first released in 1998 for PlayStation, PC and Nintendo 64, Forsaken was a vision of a dystopian future where science has gone out of control. Scavengers from all over the known worlds have come to Earth to loot the remains of the technology that can found in underground tunnels. But beware! You must fight your way past automated defenses and the scum of the universe to find the treasures hidden on each level.

Forsaken is a 3D first-person shooter in which the player has complete 360-degree range of freedom. In a far-off future you play as a scavenger searching through the underground tunnels for weapons and treasures. But you face dangers from automated defense systems and other scavengers.

As you mount your hoverbike, be prepared for deadly combat. You are going to quickly learn that the future is... Forsaken!

Where can I buy a Forsaken Remastered Key?

With GameGator, you are able to compare 5 deals across verified and trusted stores to find the cheapest Forsaken Remastered Key for a fair price. All stores currently listed have to undergo very specific testing to ensure that customer support, game deliveries, and the game keys themselves are of the highest quality. To sweeten the deal, we offer you specific discount codes, which you will not be able to find anywhere else. This allows us to beat all competitor prices and provide you with the cheapest, most trustworthy deals. If the current cheapest price of $14.77 for Forsaken Remastered is too high, create a price alert and we will alert you through email, SMS, or discord the moment the Forsaken Remastered price matches your budget.

Can I play Forsaken Remastered immediately after the purchase?

What store should I choose for the best Forsaken Remastered Deal?