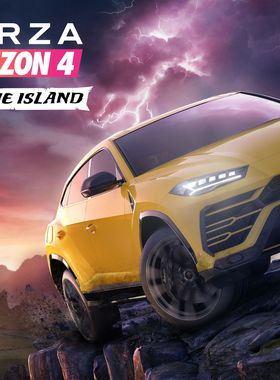 With the first major expansion for the open-world racing game Forza Horizon 4, Playground Games and Microsoft kidnap the racers to the fictional island of Fortune Island, where further events of various disciplines and the prospect of a small fortune await. Instead of introducing completely new game mechanics, the add-on relies on the classic and ingenious feel of the main game, which complements the expansion with a few small innovations. You travel to the dangerous island in the far north by hovercraft. Each round of the so called Island Conquest unlocks a new puzzle to solve. If you succeed, the game rewards you with a profit of one million credits, which can be invested in new cars or tuning parts. If you've had to deal with money problems before, you will be able to put the most expensive cars you've always dreamed of in your garage after completing the ten puzzles.

Where can I buy a Forza Horizon 4: Fortune Island Key?

With GameGator, you are able to compare 10 deals across verified and trusted stores to find the cheapest Forza Horizon 4: Fortune Island Key for a fair price. All stores currently listed have to undergo very specific testing to ensure that customer support, game deliveries, and the game keys themselves are of the highest quality. To sweeten the deal, we offer you specific discount codes, which you will not be able to find anywhere else. This allows us to beat all competitor prices and provide you with the cheapest, most trustworthy deals. If the current cheapest price of $7.39 for Forza Horizon 4: Fortune Island is too high, create a price alert and we will alert you through email, SMS, or discord the moment the Forza Horizon 4: Fortune Island price matches your budget.

Can I play Forza Horizon 4: Fortune Island immediately after the purchase?

What store should I choose for the best Forza Horizon 4: Fortune Island Deal?