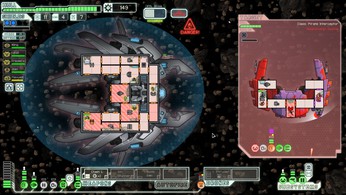 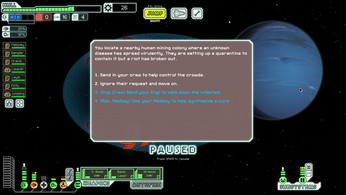 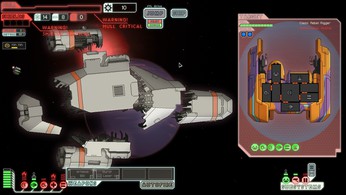 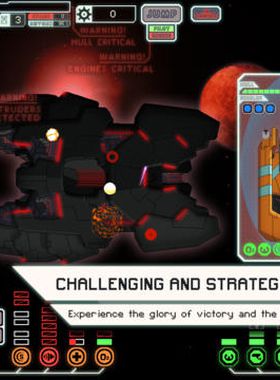 The goal of the game Faster Than Light or short FTL is to protect your base and your spaceship. In the beginning, the players choose a spacecraft and its crew. There are several possibilities to create the team because there are different races within the game. All of them have special abilities and strengths, but also weaknesses and skills that they do not master so well. When the crew is ready for action, players start at the beginning of a sector map, with each sector being a potential point of approach. The players decide where to go, but caution is advised here. Each area triggers a random event, which can be either good or bad. When the players have reached the end of the sector, they move on to the next section. There they can choose which galaxy they want to go to next. Here there are also hostile galaxies, but with rarer treasures, or neutral to more action-friendly galaxies. On their way through the sectors, the players encounter numerous other spaceships, some of which offer their help, some of which need help and some of which want to rob the players. However, players are never forced to destroy other spaceships. There is always the possibility to let them go and spare them. Towards the end of the game, the primary defense against the main rebel ship is set. If this is destroyed, the game is won. Faster Than Light offers a short but very entertaining and exciting game fun, which surprises again and again. Due to the many possible decisions, each game round is unique. However, there is no voice output in this game, and the text language is exclusively in English, so excellent English skills are necessary to understand the game properly.

Where can I buy a FTL: Faster Than Light Advanced Edition Key?

With GameGator, you are able to compare deals across verified and trusted stores to find the cheapest FTL: Faster Than Light Key for a fair price. All stores currently listed have to undergo very specific testing to ensure that customer support, game deliveries, and the game keys themselves are of the highest quality. To sweeten the deal, we offer you specific discount codes, which you will not be able to find anywhere else. This allows us to beat all competitor prices and provide you with the cheapest, most trustworthy deals. If the current cheapest price of $6.32 for FTL: Faster Than Light is too high, create a price alert and we will alert you through email, SMS, or discord the moment the FTL: Faster Than Light price matches your budget.

Can I play FTL: Faster Than Light Advanced Edition immediately after the purchase?

What store should I choose for the best FTL: Faster Than Light Advanced Edition Deal?

There are many details that you might want to go through before settling on the deal of your choosing. If you are looking for a special Edition, such as Advanced Edition, you can select these in our menu. When it comes to the actual stores, we made sure that you will never get overcharged/neglected. As we care about your satisfaction, we like to ensure that all deals are legitimate, reliable, and foolproof. On top of that, we make sure all stores affiliated with us have proper refund processes and guarantees and are backed by a competent team to ensure that absolutely nothing will go wrong.