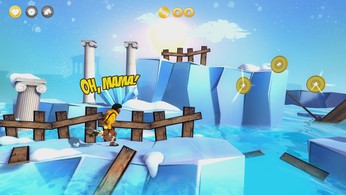 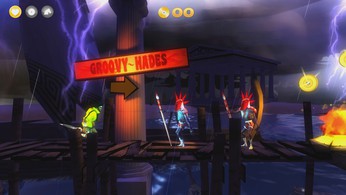 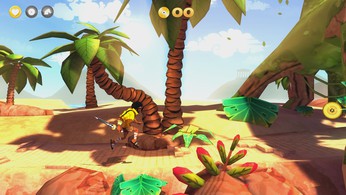 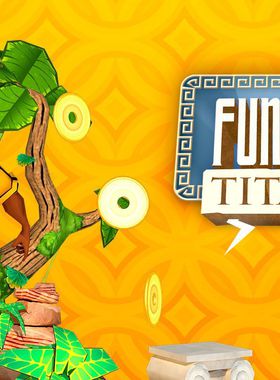 About Funk of Titans

Funk is the music of Gods. Zeus, the father of all of them, created and shared it with the rest of the Universe. The humans have been dancing to and singing funky songs since the birth of time and give thanks to Zeus for receiving this blessing.

Now, however, Pagan Titans have created other rhythms in the form of Pop, Rock and Rap and they are using them to influence the humans, turning them into empty headed, dancing minions.

In these difficult times, Zeus has summoned his son and Funky Champion, Perseus, to confront and defeat the Titans. Guide Perseus through more than 40 levels of ancient Greek mythology spread over the three worlds of Pop, Rock and Rap. Collect different helmets and weapons, compete in bonus stages and ride Pegasus to glory. Only one style of music can survive and the Funk is the music of the gods.

Where can I buy a Funk of Titans Key?

With GameGator, you are able to compare 12 deals across verified and trusted stores to find the cheapest Funk of Titans Key for a fair price. All stores currently listed have to undergo very specific testing to ensure that customer support, game deliveries, and the game keys themselves are of the highest quality. To sweeten the deal, we offer you specific discount codes, which you will not be able to find anywhere else. This allows us to beat all competitor prices and provide you with the cheapest, most trustworthy deals. If the current cheapest price of $0.59 for Funk of Titans is too high, create a price alert and we will alert you through email, SMS, or discord the moment the Funk of Titans price matches your budget.

Can I play Funk of Titans immediately after the purchase?

What store should I choose for the best Funk of Titans Deal?