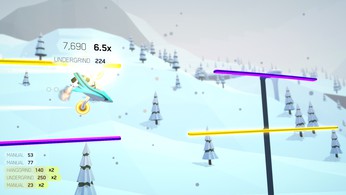 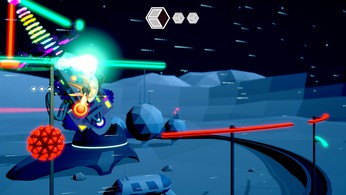 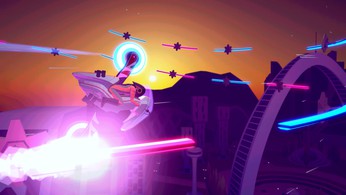 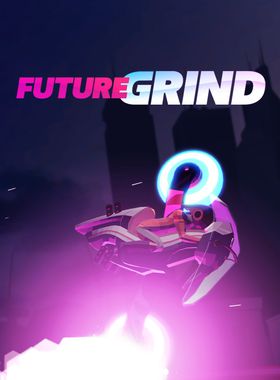 FutureGrind is a futuristic stunt-platformer game. We think it's a bit like Uniracers meets OlliOlli. Played on a track made of rails that run through a 3D environment, you control a futuristic, motorcycle-sized vehicle called a “grinder”. Your grinder has two wheels: one blue, and one red. You have to get from the start of the track to the end in one piece, while scoring the most points possible. Be careful: do NOT let the wrong wheel touch. Your blue wheel can touch blue rails, your red wheel can touch red rails, but touch the wrong rail and you'll cause a short circuit. Watch out, short circuiting leads to, well, a bit of a mess.

Where can I buy a FutureGrind Key?

With GameGator, you are able to compare 3 deals across verified and trusted stores to find the cheapest FutureGrind Key for a fair price. All stores currently listed have to undergo very specific testing to ensure that customer support, game deliveries, and the game keys themselves are of the highest quality. To sweeten the deal, we offer you specific discount codes, which you will not be able to find anywhere else. This allows us to beat all competitor prices and provide you with the cheapest, most trustworthy deals. If the current cheapest price of $7.18 for FutureGrind is too high, create a price alert and we will alert you through email, SMS, or discord the moment the FutureGrind price matches your budget.

Can I play FutureGrind immediately after the purchase?

What store should I choose for the best FutureGrind Deal?