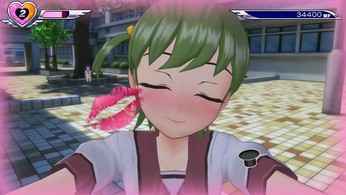 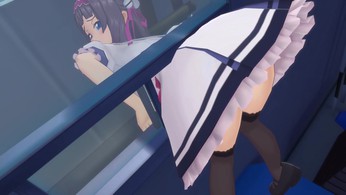 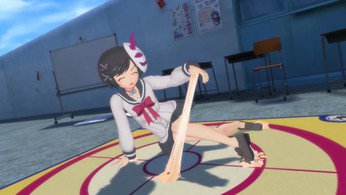 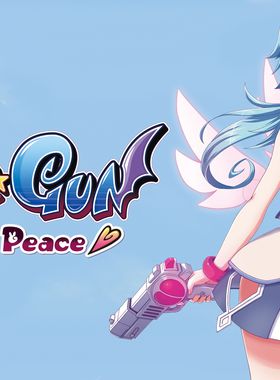 For a single day Hodai Kudoki has an unrivaled sex appeal and allure, making him irresistible to women and girls around him thanks to an arrow shot by the angel Ekoro. But, there is a catch: once the effects of the arrow wear off Hodai will never be able to have a girlfriend again, provided he doesnt find his fated match and her confession of love before the days end!

Double Peace takes place a year after the events of the previous title with a whole new batch of heroines, students, and teachers, bringing the total number of women in the game to over 70.

In an attempt to lead Hodai astray, as well as tempt him away from his chosen girl, many of the other girls will be quite aggressive with their expressions of love and affection. Some girls might just try for a hug or a kiss, while others will bombard you with their love letters or pushing and hitting you. Girls who are possessed by demons will be especially aggressive!

Players can use the "X-Ray Zoom" feature to see through obstacles, potentially revealing information about various girls and even more. Players can also charge up their shots by holding down the shoot button, landing such a shot will cause the girl it hits to falter making her easier to take out.

Heartthrob Mode is the part of the game where players can view up to three girls from multiple angles, as well as make use of the touch panel. In order to enter Heartthrob Mode players must first max out their Heart Gauge.

Where can I buy a Gal*Gun: Double Peace Key?

With GameGator, you are able to compare 11 deals across verified and trusted stores to find the cheapest Gal*Gun: Double Peace Key for a fair price. All stores currently listed have to undergo very specific testing to ensure that customer support, game deliveries, and the game keys themselves are of the highest quality. To sweeten the deal, we offer you specific discount codes, which you will not be able to find anywhere else. This allows us to beat all competitor prices and provide you with the cheapest, most trustworthy deals. If the current cheapest price of $4.78 for Gal*Gun: Double Peace is too high, create a price alert and we will alert you through email, SMS, or discord the moment the Gal*Gun: Double Peace price matches your budget.

Can I play Gal*Gun: Double Peace immediately after the purchase?

What store should I choose for the best Gal*Gun: Double Peace Deal?