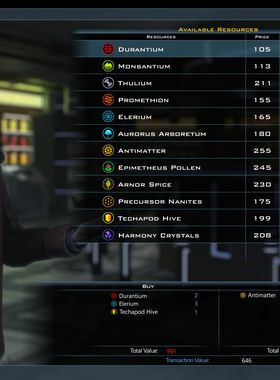 Choose your government, establish commonwealths, and lead your people through major crises. Politics are here on a galactic scale in Galactic Civilizations III: Intrigue!

Choose how best to rule your galaxy by establishing a government, buy and sell rare resources using the new Galactic Market, put your colonies on the path to independence with a commonwealth, and more! Intrigue answers the big questions about governing an entire civilization across hundreds of planets and an enormous galaxy.

You'll need to keep your approval rating high among your people in order to maintain control of the government. Tax the people too much or make too many bad decisions and you'll be sure to lose the next election. How you react during one of several crises events can also turn the tides of your people's favor - for better or for worse.

So, what kind of ruler are you? Are you a dictator, or a statesman? Benevolent, or malevolent? Will you risk lives and spend resources to save a small group of your people, or will you sacrifice them for the greater good? Answer these questions and more in Galactic Civilizations III: Intrigue!

One enormous galaxy to explore. Thousands of planets ripe for settling. Hundreds of colonies looking for leadership: you.

Where can I buy a Galactic Civilizations 3: Intrigue Key?

Can I play Galactic Civilizations 3: Intrigue immediately after the purchase?

What store should I choose for the best Galactic Civilizations 3: Intrigue Deal?