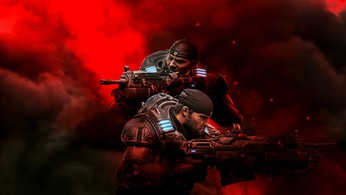 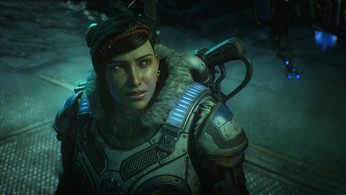 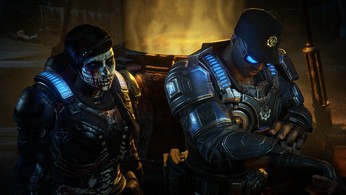 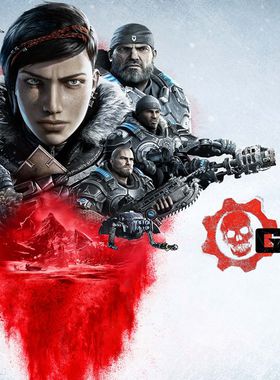 Gears 5 Game of the Year Edition

Ultimate Edition
All editions Game of the Year Edition

About Gears 5 Game of the Year Edition

Gears of War is one of the most famous sagas in the gaming industry and is back with five exciting game modes and its most in-depth campaign yet. After the end of the total war, Kait Diaz breaks out to uncover her connection to the enemy and discovers the real danger to Sera - herself. The once habitable planet is facing its ruin and your enemies are uniting against you. Mankind's dependence on technology has led to its downfall - the enemies are gathering to destroy its last survivors. Travel back as Kait to find the origin of the Locust and to protect what is left of your squad. Kait was born and raised outside the formal jurisdiction of KOR. Her mother Reyna was the leader of an isolated outsider village. But Kait also has deep family ties to KOR: her late father was a widely admired lieutenant colonel during the Pendulum Wars, while her uncle, Oscar, was a highly decorated frontline Gear in the early years of the Locust War. Even after her introduction to KOR, nobody knows to whom she is loyal, not even herself.

Gears 5 continues the story of Gears of War 4. You slip into the role of Kait, who attempts to uncover the secrets of her origin. Like its predecessors, Gears 5 is based on the tried and tested duck-and-cover gameplay and equips you with all kinds of well-known weapons. Escapes is a new, aggressive, high-stakes co-op mode featuring a suicide squad of three players who must work together to destroy enemy swarms from within. To stop the never-ending influx of swarms, you have to fight your way into the enemy's nest, place a bomb, and leave before it goes off. Climb the career ladder in Gears Tours of Duty. Take on new and exciting challenges, earn fantastic rewards, and show off your loot.

Where can I buy a Gears 5 Game of the Year Edition Key?

With GameGator, you are able to compare 3 deals across verified and trusted stores to find the cheapest Gears 5 Key for a fair price. All stores currently listed have to undergo very specific testing to ensure that customer support, game deliveries, and the game keys themselves are of the highest quality. To sweeten the deal, we offer you specific discount codes, which you will not be able to find anywhere else. This allows us to beat all competitor prices and provide you with the cheapest, most trustworthy deals. If the current cheapest price of $21.03 for Gears 5 is too high, create a price alert and we will alert you through email, SMS, or discord the moment the Gears 5 price matches your budget.

Can I play Gears 5 Game of the Year Edition immediately after the purchase?

What store should I choose for the best Gears 5 Game of the Year Edition Deal?