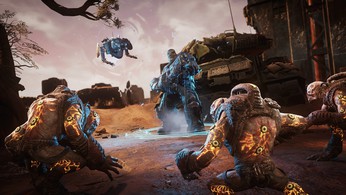 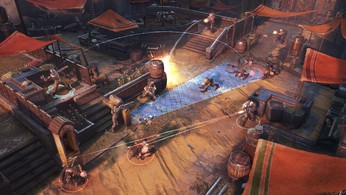 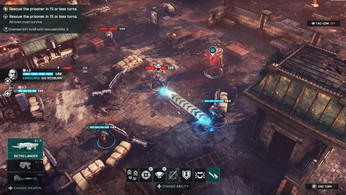 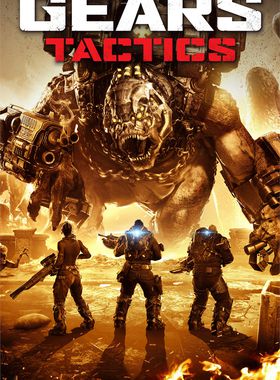 Gears Tactics is the fast-paced, turn-based strategy game set 12 years before the first Gears of War. Cities on the planet Sera are beginning to fall to the monstrous threat rising from underground – the Locust Horde. With the government in disarray, a squad of survivors emerge as humanity's last hope. Play as Gabe Diaz, recruiting, developing and commanding your squads on a desperate mission to hunt down the relentless and powerful leader of the Locust army: Ukkon, the mastermind monster who makes monsters. Against all odds and fighting for survival, outsmart your enemy in uniquely brutal, turn-based tactical combat. Experience the intensity of one of the most-acclaimed video game sagas in an exciting new way.

Immersive and character-driven story: Play as the defiant soldier Gabe Diaz, rescuing and building your troops in a journey of leadership, survival and sacrifice.

Customizable squad and equipment: Prepare your troops to face tough enemies, upgrading their skills and outfitting them with loot collected in challenging missions.

Massive boss battles: Defeat towering deadly bosses that defy your strategies and completely change the scale of the battle.

New content: Jack joins the fight with over 20 skills to combat new, powerful enemies. Improve your weapons and armor with Supreme equipment. Xbox Profile Required. Sign in with your existing profile or create one for free.

Where can I buy a Gears Tactics Key?

With GameGator, you are able to compare 15 deals across 7 verified and trusted stores to find the cheapest Gears Tactics Key for a fair price. All stores currently listed have to undergo very specific testing to ensure that customer support, game deliveries, and the game keys themselves are of the highest quality. To sweeten the deal, we offer you 4 specific discount codes, which you will not be able to find anywhere else. This allows us to beat all competitor prices and provide you with the cheapest, most trustworthy deals. If the current cheapest price of $21.90 for Gears Tactics is too high, create a price alert and we will alert you through email, SMS, or discord the moment the Gears Tactics price matches your budget.

Can I play Gears Tactics immediately after the purchase?

What store should I choose for the best Gears Tactics Deal?