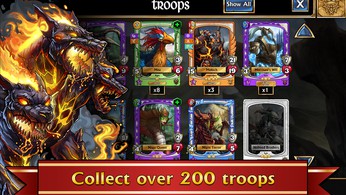 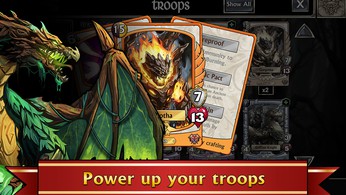 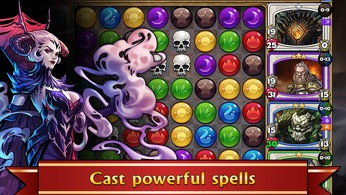 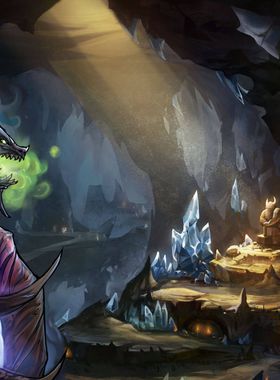 In Gems of War, you battle your foes not just with swords and sorcery, but with a puzzle board! Match gems to power your spells, and match skulls to smite your enemies! Then take the spoils of war, and forge a mighty empire. It's highly addictive, easy to learn, and filled with crazy combos and tons of depth.

Each Kingdom has quirky new characters to meet, and plenty of quests and battles to keep you occupied. Even better, there's 15 Kingdoms full of fun (with more coming soon)!

Are you looking for a greater challenge? Maybe Player vs. Player (PvP) combat is your thing. Fight other players in each kingdom, become the champion, then defend your title against the ravening hordes. You can even join a guild and fight alongside your friends!

Where can I buy a Gems of War Demon Hunter Bundle Key?

With GameGator, you are able to compare 5 deals across verified and trusted stores to find the cheapest Gems of War Demon Hunter Bundle Key for a fair price. All stores currently listed have to undergo very specific testing to ensure that customer support, game deliveries, and the game keys themselves are of the highest quality. To sweeten the deal, we offer you specific discount codes, which you will not be able to find anywhere else. This allows us to beat all competitor prices and provide you with the cheapest, most trustworthy deals. If the current cheapest price of $0.46 for Gems of War Demon Hunter Bundle is too high, create a price alert and we will alert you through email, SMS, or discord the moment the Gems of War Demon Hunter Bundle price matches your budget.

Can I play Gems of War Demon Hunter Bundle immediately after the purchase?

What store should I choose for the best Gems of War Demon Hunter Bundle Deal?