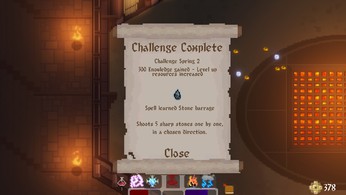 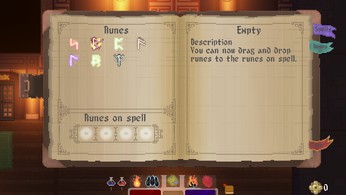 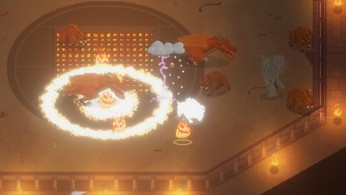 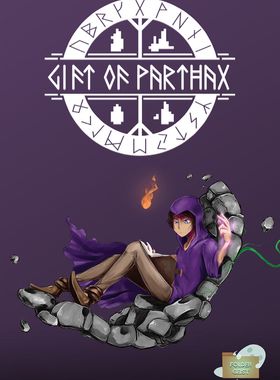 Follow the story of the purple-cloaked runaway wizard, Arif, on his quest to save his friend's life. In a world where wizardry is outlawed, the magicians, Arif and his companion Veleus, were captured by a group of agents during their escape from the Kingdom of Duredyll and thrown into the dungeons. One day, Veleus, was sentenced to fight for his life in Atixa's Grand Colosseum, run by a powerful mage by the name 'Parthax'. Veleus fought valiantly, but was severely injured and incapacitated following his defeat. Arif heard rumors of his condition and knew the only way to save his friend would be to surpass any opponent standing in his way of attaining the champion's prize, his friend's only salvation, the Gift of Parthax.

Unlock and learn powerful ancient magic: Based on the morality system's result of your fights against bosses, you will be able to unlock either Light or Blood magic.

Dive into a gripping story: Interact with the colosseums characters and objects to discover more about the lore, find loot or learn more about magic.

Shape the ending of the game: Your moral choices made during boss fights will lead to one of four different storyline endings.

Where can I buy a Gift of Parthax Key?

With GameGator, you are able to compare 13 deals across verified and trusted stores to find the cheapest Gift of Parthax Key for a fair price. All stores currently listed have to undergo very specific testing to ensure that customer support, game deliveries, and the game keys themselves are of the highest quality. To sweeten the deal, we offer you specific discount codes, which you will not be able to find anywhere else. This allows us to beat all competitor prices and provide you with the cheapest, most trustworthy deals. If the current cheapest price of $0.36 for Gift of Parthax is too high, create a price alert and we will alert you through email, SMS, or discord the moment the Gift of Parthax price matches your budget.

Can I play Gift of Parthax immediately after the purchase?

What store should I choose for the best Gift of Parthax Deal?