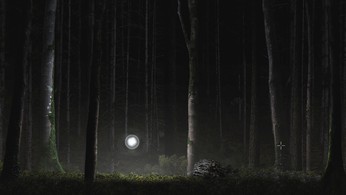 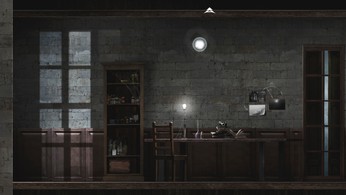 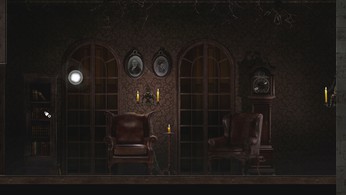 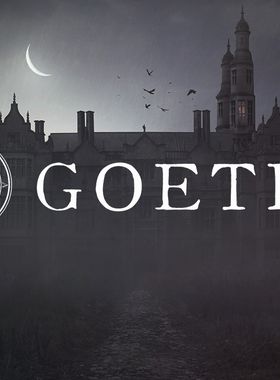 The ruins of any village are the silent testament to its final moments. The ruins of Oakmarsh are no different. Their telling silence, the dust blanketing what was once a quiet village near Coventry.

If you walk among the ruins you can easily imagine what it was like. The small black dots of the Luftwaffe getting bigger by the minute. The whistling of the dive bombers approaching on that fateful day of February 1941. And if you touch the charred wood, you can even hear the warning calls and the waves of panic resonating through time.

And then again, maybe you'll hear nothing at all. Maybe you'll only feel the weight of the silence, broken only by the wind in the branches of old trees. Maybe you'll only feel the weight of this unanswered question: could that fateful attack explain what happened here? Is it enough to explain why the whole population fled the village? That's when you look beyond the village limits, when you look up and see its shape: Blackwood Manor. Behind its gates, the silence of Oakmarsh takes on a different taste. Icy, metallic, faint, swollen with secrets that won't stand still.

The name of a manor and the family that lived within. A perverted and mad lineage, a clan whose final members devoted their life to mysticism and fanatical experiments. I am Abigail. Abigail Blackwood. Recently risen from the grave, I know nothing about the last 40 years of my family's history... But obviously somebody is keen on seeing me lift the veil on what happened in Oakmarsh - to what led to the downfall of Blackwood Manor. And it seems like I have no choice in the matter…

Where can I buy a Goetia Key?

With GameGator, you are able to compare 5 deals across verified and trusted stores to find the cheapest Goetia Key for a fair price. All stores currently listed have to undergo very specific testing to ensure that customer support, game deliveries, and the game keys themselves are of the highest quality. To sweeten the deal, we offer you specific discount codes, which you will not be able to find anywhere else. This allows us to beat all competitor prices and provide you with the cheapest, most trustworthy deals. If the current cheapest price of $1.57 for Goetia is too high, create a price alert and we will alert you through email, SMS, or discord the moment the Goetia price matches your budget.

Can I play Goetia immediately after the purchase?

What store should I choose for the best Goetia Deal?