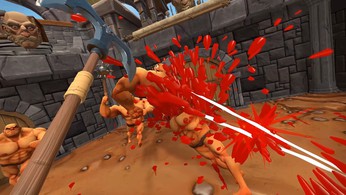 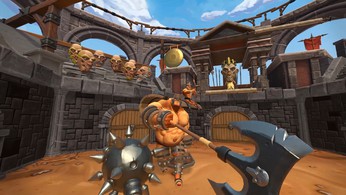 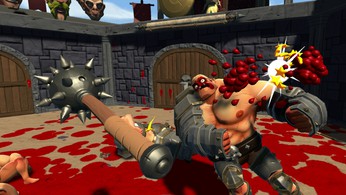 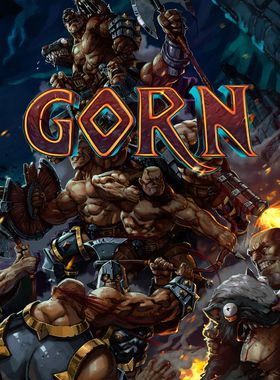 GORN is a ludicrously violent VR gladiator simulator, made by Free Lives, the developers of Broforce and Genital Jousting. Featuring a unique, fully physics driven combat engine, GORN combatants will be able to creatively execute their most violent gladiatorial fantasies in virtual reality. Savagely strike down an infinite supply of poorly-animated opponents with all manner of weapons from swords, maces, and bows to nunchuks, throwing knives, massive two-handed warhammers or even your blood-soaked bare hands. The only limits to the carnage are your imagination and decency, in the most brutal and savage VR face-smashing game ever produced by man.

Where can I buy a Gorn Key?

With GameGator, you are able to compare 11 deals across verified and trusted stores to find the cheapest Gorn Key for a fair price. All stores currently listed have to undergo very specific testing to ensure that customer support, game deliveries, and the game keys themselves are of the highest quality. To sweeten the deal, we offer you specific discount codes, which you will not be able to find anywhere else. This allows us to beat all competitor prices and provide you with the cheapest, most trustworthy deals. If the current cheapest price of $12.96 for Gorn is too high, create a price alert and we will alert you through email, SMS, or discord the moment the Gorn price matches your budget.

Can I play Gorn immediately after the purchase?

What store should I choose for the best Gorn Deal?