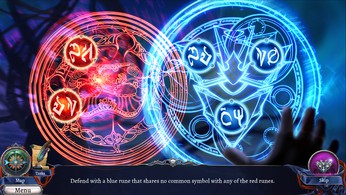 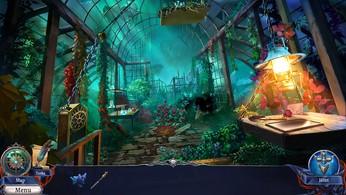 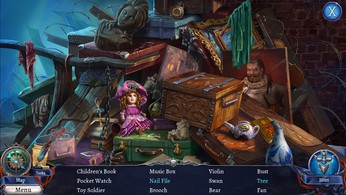 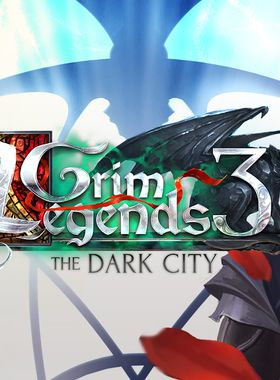 About Grim Legends 3: The Dark City

Step into the shoes of the Monster Hunter from the mysterious Order and save the city of Lichtenheim from a Nightmare coming from another dimension. Apprehend the thief of the powerful artifact and unravel the secrets of your own past!

Unlock the game to own it forever!

Grim Legends 3: The Dark City is a high-quality hidden object puzzle adventure game that focuses on mini games and puzzle solving in the creepy scenery of a gothic city.

Sylvia, the acolyte of the mysterious monster hunting Order, loses her memory. One year later, the Incarceri Stone – a powerful artifact that binds Koshmaar, a horrifying creature from another world – is stolen!

Sylvia and her master, Solomon, embark on an adventure that will lead them into the city of Lichtenheim, where they will face the thief whose identity will come as no less a shock than the actual disappearance of the artifact.

TEST YOURSELF IN 36 MINI GAMES AND HIDDEN OBJECT SCENES!

The heroin and her mentor will need to put on their detective hats and face not only the evil forces within the gothic walls of the grim city, but also dark secrets from the past. Will Silvia succeed in recovering the Incarceri and prevent the Koshmaar from breaking free? Will she muster the courage to save Lichtenheim and its inhabitants?

HELP THE ESTRANGED LOVERS IN A BONUS ADVENTURE FROM THE COLLECTOR'S EDITION!

The additional content contains an immersive bonus adventure that will pull you deeper into the game!

BRING THE HIDDEN OBJECTS PUZZLES ADVENTURE WITH YOU!

Optimized for phones and tablets, filled with hidden objects, perfect for playing while traveling. No Wi Fi required for this offline game!

SIGN UP TO OUR NEWSLETTER FOR NEW ADVENTURE GAMES EVERY MONTH!

Where can I buy a Grim Legends 3: The Dark City Key?

With GameGator, you are able to compare 11 deals across verified and trusted stores to find the cheapest Grim Legends 3: The Dark City Key for a fair price. All stores currently listed have to undergo very specific testing to ensure that customer support, game deliveries, and the game keys themselves are of the highest quality. To sweeten the deal, we offer you specific discount codes, which you will not be able to find anywhere else. This allows us to beat all competitor prices and provide you with the cheapest, most trustworthy deals. If the current cheapest price of $0.69 for Grim Legends 3: The Dark City is too high, create a price alert and we will alert you through email, SMS, or discord the moment the Grim Legends 3: The Dark City price matches your budget.

Can I play Grim Legends 3: The Dark City immediately after the purchase?

What store should I choose for the best Grim Legends 3: The Dark City Deal?